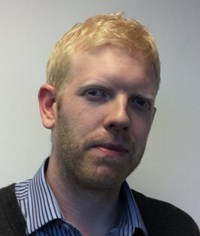 According to the 2013 World Giving Index, many developing nations are seeing huge increases in the proportion of people engaging in charitable giving. But more must be done to ensure that others don’t fail to reach their potential.

Charities Aid Foundation (CAF) has launched the 2013 World Giving Index, a global analysis of levels of participation in charitable activity. The report reveals that giving has returned to growth after a double dip global recession which saw engagement fall in 2009 and 2011. This year the US has replaced Australia as number one in the overall World Giving Index – an average measure of the proportion of people regularly giving money, volunteering and helping a stranger.

The World Giving Index is an opportunity to celebrate the generosity of ordinary people in a way that reflects both financial and non-financial giving. We believe strongly that there is innate value for society when people engage in charitable activity, whether they be high net worth philanthropists managing their own foundation or people spending a few hours a month helping an elderly neighbour.

While most would accurately predict that the US would top a list of the most generous countries in terms of the overall amount of money donated, the fact that it also has the highest levels of public engagement in charitable giving (including volunteering and helping a stranger) is perhaps under appreciated. However, perhaps the most compelling story to emerge from the World Giving Index this year is the growth of giving in emerging economies.

In outlining the concept for its Future World Giving project CAF has calculated that if the expanding global middle class grows to give to the same extent as people in the UK (0.4% of income), giving could rise to $224 billion (£146 billion) a year by 2030. So the fact that many emerging economies are seeing rapid growth in the proportion of people engaging in charitable activity is very encouraging.

However, the trend for more people to engage in charitable giving as wealth increases is not universal. A number of countries that have seen consistent economic growth in recent years have not seen parallel increases in charitable giving. China and South Africa, two of the BRICS countries, have both seen the proportion of people giving money to charity fall by 7%. Indeed, China is tied for second to last in this year’s World Giving Index with Croatia. Other countries have seen engagement in giving fall despite experiencing economic growth, such as Ghana (-6%), Nigeria (-4%) and Thailand (-3%).

The World Giving Index demonstrates that creating an enabling environment for charitable giving is complicated. Not only is there no correlation between giving money to charity and wealth – Burma (Myanmar) has the highest proportion of people giving money to charity (85%) – but the commonly assumed relationship between the size of government and giving appears to be a false one too.

Though the size and model of government does not dictate the health of charitable giving, governments of all shapes and sizes are capable of creating an enabling or disabling environment for giving. By looking at what policies and actions have helped or hindered giving around the world, CAF’s Future World Giving project aims to answer the question that lies at the heart of the World Giving Index: why are some countries more generous than others? In doing so we hope to produce evidence-based recommendations that governments around the world will ultimately implement.

Providing they have the means, ordinary people have the power to transform society for the better. With the number of people defined by the OECD as middle class set to grow by 165% by 2030, we are faced with a historic opportunity to instil a culture of giving to make a global shift from poverty to prosperity sustainable. On the other hand, should we fail to dissuade governments that are creating legislative barriers to charitable activity, restricting access to funding and undermining the right of organizations to engage in advocacy, future generations may well rue the squandering of a unique chance for progress.