80% believe philanthropy should do more when it comes to reparations

A new report from Grant Givers Movement, launched this week, looks at ethics in the philanthropy sector linked to the origins of wealth and grantmaking practice. 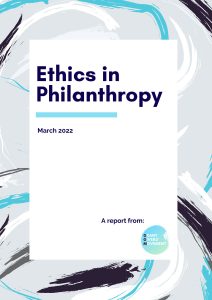 ‘Ethics in Philanthropy’ captures the views of 166 individuals working in the grant giving sector. Support for reparations was one of the key findings of the report – with almost 80 per cent of respondents agreeing that where organisations were found to have benefited from the wealth created through harmful or exploitative practices, they should make reparations. However, most individuals surveyed could not identify the origin of their organisation’s wealth, signifying a critical need to increase organisational transparency regarding the origins of philanthropic wealth.

The report also found that most respondents felt that sector professionals felt that they had to be more accountable to trustees than the communities they serve – this is compounded by the lack of transparency surrounding the recruitment of trustee roles. And only eight per cent of respondents agreed that their organisation was doing enough to combat inequity – and where this work is being done, it’s often reliant on the labour of staff from communities experiencing racial inequity.