But given the last few weeks, it wasn’t surprising. The killings of Alton Sterling and Philando Castille, followed by more shootings in Texas, the brutal stabbing and shooting of a member of Britain’s Parliament for being too outspoken about the need to do more to protect Syrian refugees—it is overwhelming.

In a bold gesture, executive director of the International Human Rights Funders Group (IHRFG), Mona Chun, welcomed the global gathering of funders to this year’s annual conference by setting down her notes for the opening plenary and speaking to us from the heart.  She invited the entire room to create a space for an open conversation about the overwhelming heartbreak, grief, and anger from these far too common events. 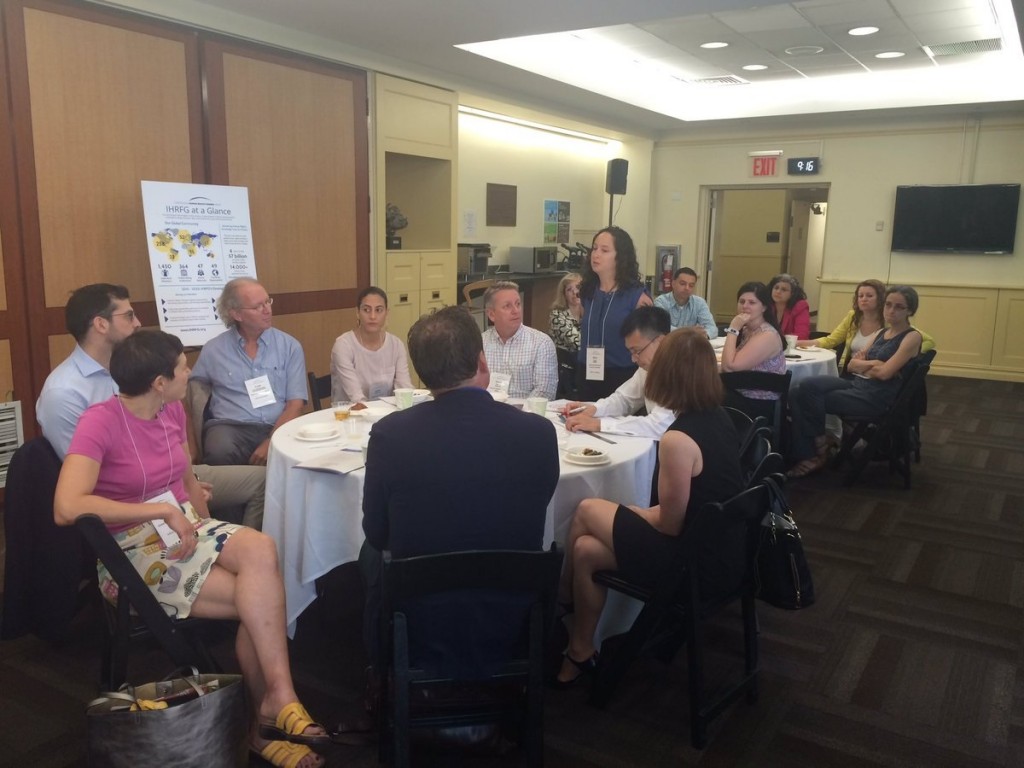 It was a powerful moment.

It was also an invitation and a call to action for each of us to reconnect with the moment that we decided to dedicate our lives to human rights and social justice work. One by one, people rose to speak about very personal, and often painful, experiences. And, unlike any opening plenary I have ever experienced, the room was thick with raw emotion and tears.

As participants reflected on their work, a few key questions arose.

What is our responsibility as funders to drive resources to where they are most needed in this struggle for human rights and dignity? How do we keep ourselves from becoming numb, as we work to be professionals while continually being faced with atrocities and profound suffering among the NGOs and individuals we support?

Last year in the United States, Resource Generation—an organization devoted to organizing young people with wealth and class privilege to utilize their resources for transformative change—successfully raised and deployed more than $1 million to support black-led organizing after the death of Michael Brown. The Women Donors Network also joined the pledge to raise more than $1 million for racial justice, and by the end of 2014, more than $1.5 million was pledge by individual donors to support racial justice organizations.  And in Europe, multiple funders came together to form a new pooled fund to support refugees and asylum seekers, after the UN announced a shortfall of $15 billion in global humanitarian financing for thousands of Syrian refugees.

A few months ago, Alicia Garza, one of the founders of the Black Lives Matter movement, cautioned philanthropists against only focusing on communities when they come into in the spotlight.  She called upon philanthropic institutions to continue to support long-term investment in communities and long-term power building, even after the cameras leave.

Whether it takes the form of disproportionate police brutality, attacks on the LGBTQI community, girls kidnapped by ISIS, or indigenous communities fighting for survival, how can we provide the needed resources to sustain these movements?

One of the benefits of applying a rights-based approach is that it encourages people coming from different places and perspectives to work together.  Partnerships between funders and community groups offer the potential for more sustainable and effective field-wide impact.  Furthermore, funders that apply a long-term health approach to capacity-building by providing flexible, long-term support help sustain human rights movements more effectively.

Joanne Smith, Executive Director of Girls for Gender Equity, declared that we are in ‘a movement moment.’ Indeed, now is the time for solidarity. For intersectionality.  But more than anything else now is the time for philanthropy professionals to put our money where our mouths are.  Now is the time to truly move this movement forward.