A tale of two tipping points: Democracy and climate

Restoring faith in democracy and restoring nature are essential for a sustainable future. This cannot be done without targeted philanthropy and on-the-ground civil society.

The Covid-19 pandemic has been steadily revealing the lack of government capacity to address calamities of such a scale. Many examples of corruption, negligence, and mismanagement around the world have inflamed a crisis that will most certainly shape current and future generations’ relationship with the state. The risk of democratic erosion has increased in a time when liberal democracies already face multiple internal and external challenges, while global freedom has been in decline for the past decade and a half.

At the Amazon Conservation Team (ACT), we saw how the pandemic laid bare the deficit in public health capacity and overall neglect of indigenous peoples and local communities in remote areas of tropical South America, and have taken on the development of effective infection control strategies in collaboration with our local partners. Since the pandemic arrived in Amazonia, as of August 2020, at least 45,000 indigenous people have been infected and 1,440 have perished, according to the Coordinator of Indigenous Organizations of the Amazon River Basin (COICA) and the Pan-Amazonian Ecclesial Network (REPAM). The true numbers are certainly higher, as low or nonexistent levels of testing are present in most areas of the region. 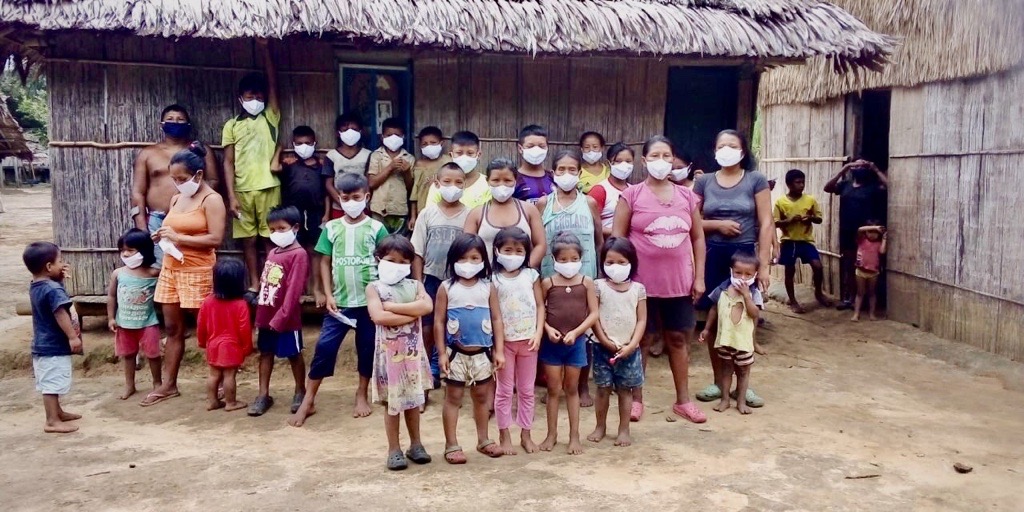 Democracy, already increasingly unpopular in countries throughout the Amazon, is paying the price. By 2018, just 19 per cent of people in tropical South America said they were satisfied with democracy, the lowest number since a regional polling company, Latinobarometro, began asking that question more than 20 years ago. In Brazil, it was only nine per cent. Seizing the window of opportunity created by the emergency conditions and economic disarray caused by the pandemic, political leaders throughout the region have favoured approaches that have intensified the erosion of democratic norms.

For us in the field of climate philanthropy, parallels can be seen between the increasing distortion of democratic governance and the lack of effective climate action before and under the Covid-19 pandemic

Tied to this lack of overall satisfaction with democracy, one can find a systemic process of social exclusion that has particularly affected remote communities and indigenous peoples’ involvement as voters in electoral and democratic processes. Because of a lack of documentation, many rural and indigenous inhabitants are unable to participate in such processes. The prevalence of fully or partially undocumented persons in rural and remote areas, such as Amazonia, is explained by the high costs and difficulties in travel and communications, which means that filing for an ID, as well as going to vote, can require significant time and resources relative to the potential immediate benefits. One study in Peru’s Amazonia found that between 20 and 30 per cent of indigenous people in the region between the ages of 18 and 30 do not possess a personal identity card – a worrisome statistic for a population that is predominantly composed of youth, with a median age of less than 16. 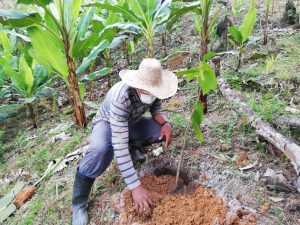 Reforestation and food sovereignty efforts taking place in the hamlet of El Jardin, located near a major deforestation hotspot in the Colombian Amazon’s Caquetá department.

For us in the field of climate philanthropy, parallels can be seen between the increasing distortion of democratic governance and the lack of effective climate action before and under the Covid-19 pandemic, which is disproportionately affecting indigenous communities and leaders, the ‘guardians of nature’ and the Amazon’s last hope. In many ways, these problems are coupled. Nihilism, cynicism, and complacency, combined with systemic exclusion, have become major issues in both democracy and climate action. 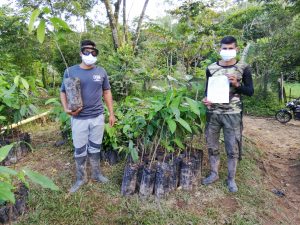 Accordingly, many of the same guiding principles essential to restoring the confidence and vitality in democracy can be applied to climate action and efforts to restore nature.  For example, substantial undertakings in community reforestation and nature restoration are indispensable for the health of the Amazon rainforest as it begins to reach its tipping point and to self-destruct. As Thomas Lovejoy and Carlos Nobre suggest, deforestation should be matched by three times as much reforestation. Such programs must promote a deep sense of care and responsibility, and curiosity about social-ecological systems that encourage civic engagement and environmental justice and that buttress democracy. These actions can be applied elsewhere.

Ultimately, if we are to avert the worst impacts stemming from the impending climate catastrophe and the breakdown of democracy, philanthropy must deepen its knowledge and investments in on-the-ground initiatives that centre on restoring faith in democracy, restoring nature, and climate resilience.

To learn more about the Amazon Conservation Team’s work to partner with indigenous and local communities to protect tropical forests and strengthen traditional culture, visit amazonteam.org.

Isidoro Hazbun serves as Manager of Public Affairs & Programs Support at the U.S. headquarters of the Amazon Conservation Team (ACT-US).