Parallel to the KCDF session, TrustAfrica organized a panel session on impact investment. Whilst impact investing has become an important feature of philanthropy globally, it is yet to become codified in terms of practice, models and matrices of measurement across the continent. The session noted the need to create a community of practice and also to find a way of mobilizing other actors. Impact investing can be a strategy for ensuring sector-wide financial sustainability and a shift towards social entrepreneurship, where modest financial value is generated as social goals are being achieved.

As African foundations think of their sustainability, they should also play an important role in creating similar capacities amongst others within the value chain, and impact investing could be one of the tools to achieve sector-based sustainability. The unpredictability of donor funding has become one of the most common hazards for many organizations, hence the need for a broader conversation on this subject.  Otherwise, we will continuously be building institutions only to watch them collapse within a short space of time.

The sustainability discussion also focused on the broader continent’s development, especially her resource mobilization and utilization capacity. The Southern Africa Trust together with TrustAfrica organized a panel discussion on the intersection between natural resources governance, illicit financial flows and philanthropy.

Africa’s main exports are primary commodities in mining and agriculture. It is conservatively estimated that Africa loses approximately $50 billion through illicit financial flows via trade mispricing, tax avoidance, smuggling and corruption. The recently published AU/UNECA High Level Panel Report on Illicit Financial Flows has identified multi-national corporations engaged in mining and agricultural as the main actors behind the illicit movement of finances that could otherwise have been Africa’s revenue base. 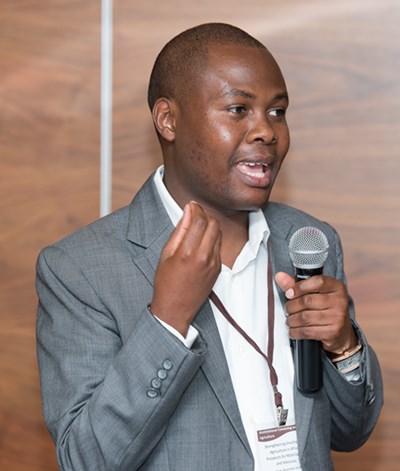 There were two issues of concern for African philanthropy: how complicit are we in this and what can we do about it? Many private corporations, especially in mining, telecoms and agriculture, have or are in the processes of establishing foundations that carry out their giving mandates as their way of ploughing back. Whilst the benevolence is definitely welcome, there is the concern that this could be just a façade and, in fact, undermines possibilities for more equitable partnerships with communities. Corporate benevolence also raises questions about tax transparency.

There is a need to think through new models of ensuring that Foreign Direct Investments (FDI) in mining and agriculture ensure good corporate citizenship and also that the communities living within the vicinity of these extractive activities are included in value chains and their revenue in a more equitable manner. Another concern was: what can philanthropic institutions do to address this social justice challenge? TrustAfrica’s work on illicit financial flows and its recent launch of the ‘stop the bleeding campaign’ were cited as possible best practices in terms of working with other civil society organizations to bring these issues to the attention of governing powers at an African and global level.

Apart from real concerns about sustainability, the assembly also had to grapple with issues of security and vulnerability especially of migrating Africans. The assembly took place in the aftermath of a number of disturbing events in the South and North of Africa. In South Africa, acts of violence were committed against foreign nationals and led to the death of seven people. In North Africa, many have perished in the Mediterranean Sea, trying to cross into Europe.

Whilst migration of people is well-documented in history, unprecedented numbers of Africans are trying to flee from their countries despite renewed optimism surrounding continent. What can philanthropy do? The assembly agreed there is a humanitarian aspect to this work and African-based foundations need to engage with their counterparts in Europe on how they can support stranded families, especially minors travelling alone. Second, and more pressing, is the need to address the challenges in Africa that are driving people to seek greener pastures. There is a need to address youth unemployment, ensure equitable and inclusive growth, and make governments more responsive to current economic realities beyond pursuing only GDP-based growth.

Tendai Murisa is executive director of TrustAfrica.
(Editor’s note: This is part two of an article based on the 3rd African Grantmakers Assembly in Arusha, Tanzania in July. The meeting was originally scheduled to be held in Accra, Ghana in 2014, but was cancelled due to concerns about the spread of Ebola. The organization also changed its name to African Philanthropy Network.)