To achieve social progress, donors must focus on the big challenges

The world is making progress but we are struggling to ensure the rights of freedom and tolerance for all.

At times it seems that the world is going backwards in terms of social progress and that the efforts of philanthropy, alongside government and business, are not making a dent in addressing our world’s problems most complex problems. Fortunately, new data from the global Social Progress Index brings the welcome news that, on average, the lives of the people of the world are getting better.

The Social Progress Index is a comprehensive measure of societal performance based entirely on social and environmental outcome indicators. It is a holistic measure of the quality of life of 98% of the world’s population. 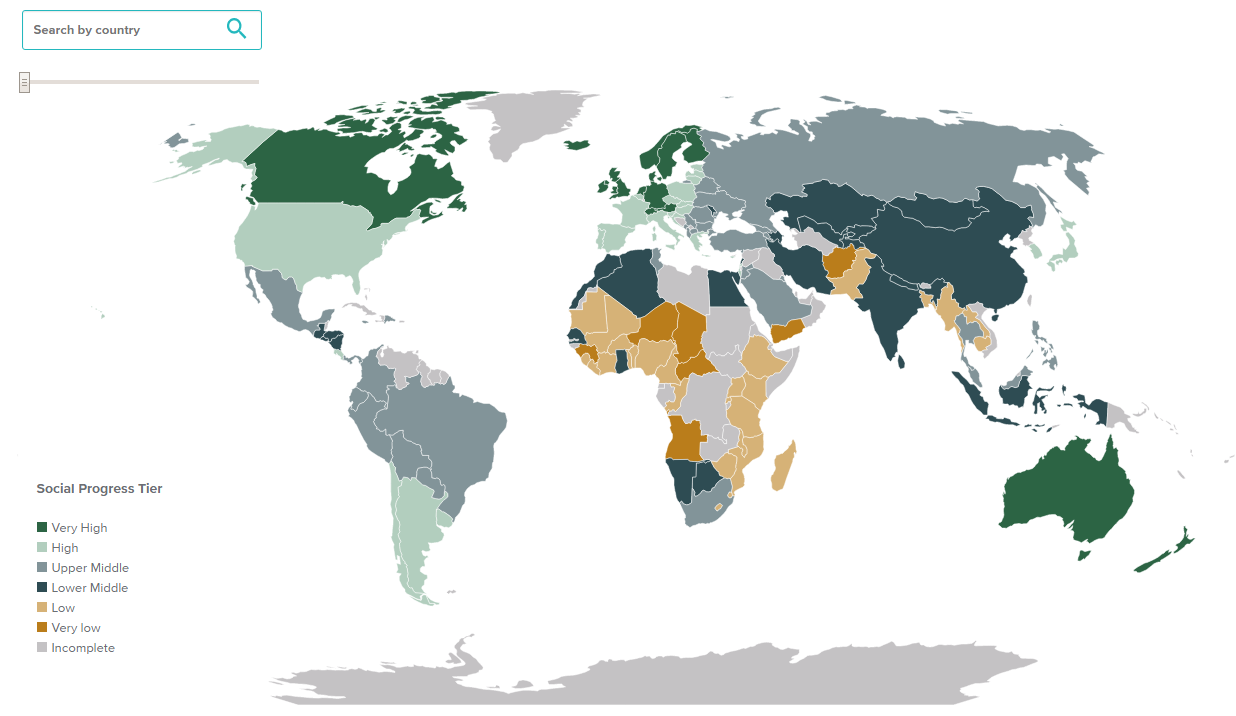 Many of the biggest gainers were developing countries such as Nigeria and Nepal, where progress is most needed.

The biggest gains in world social progress in these years have come through improvements in access to information, through the spread of mobile phones and the internet, and through wider access to top-quality higher education.

More worryingly, we see little or no progress for the world in areas such as personal safety and tolerance and inclusion, and the world has gone backwards in this period on personal rights. It is deterioration in these factors that caused some of the biggest falls in social progress, notably in Hungary and Nicaragua. The United States also registered a steep drop in tolerance and inclusion, particularly religious tolerance, and flatlined on aggregate social progress over this period.

What does this mean for global philanthropy?
The finding that progress is not just possible but is actually happening is good news. But we also know that there is plenty still to be done.

Even in areas like nutrition, maternal and child mortality, water and sanitation, and basic education, where the world scores best, there is plenty of room for improvement and the Social Progress Index shows that, given the wealth available to us, we should be doing better.

The findings on rights and tolerance should be a worry, particularly that the lack of progress spans countries rich and poor. These are also areas where the language and metrics for the new Sustainable Development Goals are weakest, which means that these are issues that could be neglected.

Philanthropy has a critical role to play in addressing this challenge by promoting values and connections within civil society that support improvements in these areas.

Moving beyond the global results, the Social Progress Index also shows where each country is strongest and weakest, compared to countries of similar wealth. For even the best performing country in the world, Denmark, challenges remain around the number of boys dropping out of high school as well as life expectancy.

By offering a rigorous and comprehensive assessment of country performance, the Social Progress Index can help donors to focus their own resources on the biggest challenges, build collaborations, and, hopefully, have the biggest impact possible with their giving.

Michael Green is CEO of the Social Progress Imperative.