In 2013, nonprofit services firm CompassPoint released the results of a survey of 2,700 nonprofit development staff members and executive directors. The results were dismal enough that the survey has remained a talking point at conferences through 2015.

The study revealed serious turmoil in the fundraising landscape, especially at the development director position, where vacancies are difficult to fill (lasting up to six months on average) and development directors remain ambivalent at best about their tenure and commitment to fundraising. For their part, executive directors are having trouble finding qualified individuals with whom they can form a strong working relationship.

Does this mean there are simply no qualified fundraisers left in the field? Of course not, but there’s clearly a disconnect between executive directors and those fundraisers who do have the skills to succeed at organizations. The study outlines several steps organizations and fundraisers can take to remedy the problem, but there’s one solution not mentioned specifically that executive directors, board members and hiring managers would be wise to consider, and that’s their own relationship capital. 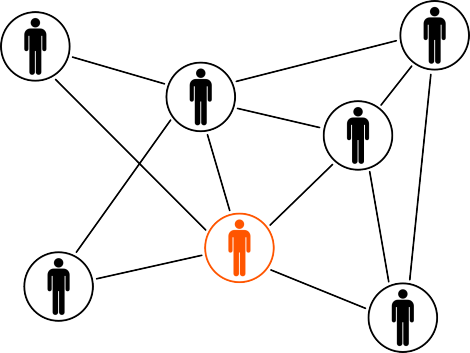 Through their networks of formal and informal connections, leaders at nonprofit organizations have access to two things that resumes and job interviews don’t provide—assessment and referral from trusted sources and warm introductions to high quality and highly-sought-after candidates.

Relationships with peers, mentors, board members and directors at other nonprofit organizations—these provide instant access to a wealth of knowledge about who is doing what in the fundraising community, and how well they’re doing it. Executives should be tapping their own board members as well as staff and asking them to mine their networks to help fill development director vacancies. To weed out the weak links, execs should be transparent with their connections about the kind of expectations they have for candidates and the skills, both hard and soft, that candidates must have previously demonstrated in their work in order to be considered. This sets up a system of referral and pre-screening that a job posting online simply can’t deliver.

As for those coveted candidate HR already knows about, well, what better way to begin a conversation with her than via a warm introduction from a mutual connection? This of course requires that executives and hiring managers have in place a clear view of their organization’s network—who knows who, and how. Such a map can help not only with recruiting, but once a highly qualified development director has filled the vacancy, can help shape and execute fundraising strategy going forward.

The takeaway here: There is no single solution to the problem of instability in nonprofit fundraising leadership. Relationship capital—or the network of connections at the individual and organizational level—is one tool executive directors should be leveraging to help fill vacancies, reduce turnover and set up their fundraising staff for success.

This post originally appeared on the GuideStar blog. The original article can be found here>