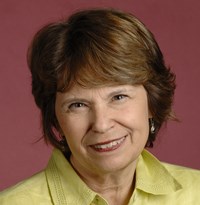 Addis Abba was the site last week for the founding meeting of the African Philanthropy Forum (APF). Over one hundred African donors and foundation professionals gathered from 24 to 25 February to celebrate the growth and innovation of social investing across the continent. Many of the founders of APF are veterans of the Global Philanthropy Forum in the United States, who felt their field would benefit from a focus on the unique cultures and emerging market conditions in Africa today.

Topics covered included working on policy and governance, making collaborations more effective, and the role of philanthropy infrastructure – those research centres, think tanks and membership networks that support the sector. A particularly exciting session highlighted three major African ‘social businesses’ that are shifting the poor from beneficiaries of aid to equity shareholders who can benefit from Africa’s period of unprecedented growth.

Other discussions focused on the features of Africa’s young democracies that need to be understood in order to form smart partnerships with government. Jennah Scott, Director of the Liberia Philanthropy Secretariat, spoke of the challenges to align international donor agencies with the government’s priorities, which immediately post-conflict were to invest in roads, electric grids and sanitation. Only when a visiting head of state found himself stuck in an elevator during a power cut did western donors begin to understand the wisdom of working through locally identified priorities.

She also noted that Africa probably does not need more think tanks today – there are at least 500 across the continent — but it does need more efforts towards implementation of already existing policy recommendations that currently gather dust in official offices.

Private philanthropy has a critical role to play as African nations north and south of the Sahara undergo major economic and political transitions. Large-scale donors need months if not years to negotiate their aid agreements, which can be held hostage to international politics. Private foundation leaders have the ability to sit with a local official, decide what needs to be done, and then swiftly build the pilot that demonstrates successful solutions to a pressing problem. It is this leveraging role that will be increasingly important to jump-start inclusive development and avoid leaving the poor behind. Other speakers noted that one small solid waste management pilot can have large spill-on effects for health, job creation and the proliferation of local entrepreneurs.

At the Forum’s conclusion, participants agreed to explore ways of working effectively with other African philanthropy networks, reaching out to engage North Africa, and focusing future APF activities on emerging philanthropists within the continent and among the African diaspora abroad.

Barbara Ibrahim is the founding director of the John D Gerhart Center for Philanthropy and Civic Engagement at the American University in Cairo.

Barbara Ibrahim is the founding director of the John D Gerhart Center for Philanthropy and Civic Engagement at the American University in Cairo. – See more at: http://philanthropynews.alliancemagazine.org/2014/01/08/making-a-real-difference-philanthropy-during-national-transitions/#sthash.AoL6kMQV.dpuf