Ethiopian-born Saudi businessman Mohammed Al-Amoudi has announced a donation of 120 million Birr ($3.6 million) to the Addis Ababa city administration to help combat COVID-19 and its effects. The pledge is the largest private donation that has been made in Ethiopia. 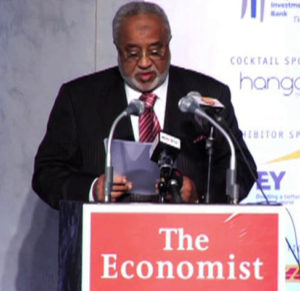 ‘The town and city councils are at the forefront of the struggle against the COVID-19 pandemic, for it is in the big cities that the highest numbers of cases have been recorded. Addis Ababa is one of those cities. The relief and rescue packages that the governments have been coming up with often overlook or give insufficient support to the city administrations. That philanthropists are stepping in to support them is therefore very good,’ commented Ebrima Sall, Executive Director of TrustAfrica.

‘Communities, particularly the poorer ones, are often not quite adequately catered for in some of the measures being taken,’ Sall said.

Ethiopia declared a five-month long state of emergency at the beginning of April in response to coronavirus. So far, the country has seen 130 recorded cases and three deaths; however, health officials believe the smaller case tallies from Africa are in part due to limited testing capacity. Addressing this shortfall, the Africa Centres for Disease Control and Prevention is distributing one million test kits across the continent – a measure that is still far from what’s needed, according to African CDC Director John Nkengasong.

In order to better track and respond to cases, the Ethiopian government has pursued a new digital system that will allow closer surveillance and monitoring of the situation. A National COVID-19 Resource Mobilisation Committee has also been created in Ethiopia, so far raising 2.7 million Birr ($82,600).

Though now a Saudi citizen, Al-Amoudi still has close ties to Ethiopia through his company consortium Mohammed International Development Research and Organization Companies (MIDROC). His philanthropic endeavours have focused among other causes on health and sports, including funding for a breast cancer research centre at a university in Saudi Arabia.

Al-Amoudi was arrested in 2017 on charges brought against him following an anti-corruption crackdown led by Crown Prince Mohammad Bin Salman. As many as 500 people, including Saudi royals, politicians, businessmen, and religious clerics, were rounded up in the sweep, which some have speculated had deeper motivations than just ending corruption among Saudi’s wealthy. Al-Amoudi was released from detention in early 2019 after the active intervention of the Ethiopian Prime Minister.

Now in his 70s, Al-Amoudi built his multi-billion fortune by investing in construction, agriculture, and mining in Ethiopia, and then purchasing oil refineries in Morocco and Sweden. In 2017, Forbes estimated his net worth at $8.1 billion; however, in early 2019, it reported his net worth at $1.2 billion due to a lack of clarity about which assets he still owns in connection with questions about how much of his wealth was handed over to Saudi Arabia in exchange for his release. 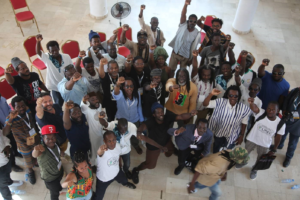 Participants in the Université Populaire pour l’engagement citoyen (UPEC), with 50 social movements from 23 countries represented. UPEC was held in Dakar in July 2018.

Commenting on Al-Amoudi’s donation to Addis Ababa’s city administration to help mitigate the effects of coronavirus, Sall said: ‘Let’s hope that more of our high net-worth individuals will follow Mr Al-Amoudi’s example. As we say in the #CommunityImmunity initiative, recently launched by TrustAfrica, Southern Africa Trust, and the African Philanthropy Network, we are safe only when everybody is safe.

‘In these trying times when the whole world is engaged in a battle against the COVID-19 pandemic, solidarity, giving, and sharing is more important than ever.’

Elika Roohi is the Digital Editor at Alliance.