All dressed up with nowhere to go: how to find investment-ready social enterprises in Africa? 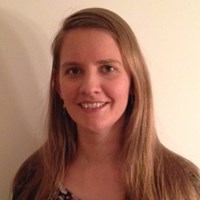 ‘Skills, a relevant network and finance.’ When asked to name the main challenges facing budding entrepreneurs in Sub-Saharan Africa, Jessie – founder and CEO of the Rwanda-based IT company Sail Ltd – is unequivocal. She goes on to explain the missing link needed to unleash the existing entrepreneurial spirit among youth: ‘We have good ideas but we just don’t know how to turn those ideas into a sustainable business.’

This phenomenon is by no means Rwanda-specific. Social enterprise – making social as well as economic profit – is now a standard term across the globe. Investors with a social conscience commit their funds to the plethora of organizations aiming to have a positive impact – be it on their community, the environment or society as a whole. The maths sounds simple, but while observers have debated the definition, impact and steady rise of social enterprise, the number of organizations prepared for what social investors are offering has not seen a concomitant increase. As Jessie confirms, the need for non-grant-based revenue sources is undeniable and yet social investors find themselves all dressed up with their finances earmarked for doing good, as it were, but with nowhere to go.

In a 2012 report commissioned by the Big Lottery Fund, an attempt was made to identify the source of this mismatch by analysing why ‘(i)nvestment readiness, or lack of it, appears to be a major cause of drag to the acceleration of social investment’. The problem, it found, lay in the incongruity of perspectives between key players in the world of social enterprise. Investors bemoaned the lack of financial skills among organizations seeking support, which they found exacerbated an apparent deficit in the awareness of what kinds of investments would be appropriate for their organization. This, in turn, led several organizations to seek investment too early on in their organizational development. Perhaps as a direct result of this, the findings also indicated that such requests were for far lower amounts than what was available, while a number of charitable organizations surveyed did not even feel that loans were an appropriate source of funding for non-profits. And while the report identified a number of intermediaries providing support to social entrepreneurs in securing investment, those organizations too voiced concerns about the lack of a sustainable business model among those they were trying to assist. What, then, could help to close this gap?

The report suggested the answer could lie with intermediaries and recommended they seek to provide two streams of support: tailored assistance for established organizations; and generic skills-focused support for those in the earlier stages of development. The African Innovation Prize – a UK and Rwanda-based non-profit providing training and seed funding to social entrepreneurs in Sub-Saharan Africa, generously supported by partners De La Rue and the Segal Family Foundation – is one organization attempting to do the latter.

Since its establishment in 2010, hundreds of university students from four institutions in Rwanda and Sierra Leone have attended our workshops on creating an effective and detailed business plan to make their ambitious ideas feasible. Each year, the strongest submissions are provided with financial support to get them off the ground and then connected with local business leaders. This mentoring is instrumental in supplementing the skills gained during workshops and promoting the fledgling entrepreneur within a relevant network. (Photo shows students participating in a workshop as part of AIP’s Enterprise Rwanda week earlier in 2013.)

Back to the Big Lottery Fund report: it concludes that ‘almost twice as many of those surveyed that had secured investment had received external support, compared to those that did not’. African Innovation Prize is proud to play a role in making social enterprises investment-ready but there’s still more to be done both in Sub-Saharan Africa – we are now launching our operations in a third country, Burundi – and elsewhere. Intermediaries would do well to heed the recommendations of the report and ensure that innovative and inspirational entrepreneurs are connected with the sources of funding they need to continue creating social change.