The Allianz Umweltstiftung and the Allianz Kulturstiftung – two German charitable foundations connected to Allianz SE, one of the world’s largest insurers and financial services groups with total assets of €1.14 trillion – have merged to become one foundation. 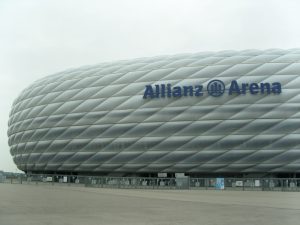 ‘There’s a great deal at stake. Growing nationalism, widening social divisions and the accelerating climate crisis are among the defining issues of our time. The Allianz Foundation positions itself at the interface of these closely-related challenges. We are working on systemic solutions that open up future prospects for people, society, and the planet,’ Kücük said.

The Allianz Foundation has an endowment capital of €100 million and, in addition to the income from this capital, is supported with an annual contribution of €5 million by the Allianz SE donor.

‘Europe’s younger generations are growing up in a period of permanent crises and great uncertainty. There is an increase of nationalism and authoritarianism once presumed to have been overcome, and the climate crisis is coming to a head. With these issues, today’s adult generations bear a special responsibility that does not stop at Europe’s external borders. The Allianz Foundation has taken on the task of promoting solidarity across borders’, said Dr Bénédicte Savoy, who serves on the new Allianz Foundation Board of Trustees.