Could the annulment of Kenya’s election set a precedent for African civil society?

The ruling by Kenya’s Supreme Court strengthens the independence of the judiciary and places this institution as a key player and arbiter in future elections and on issues that affect peace and security in Kenya. Future rulings on elections – either in favour of or against a political party or coalition – can be received as the final outcome and prevent conflict.

The historic ruling by Kenya’s Supreme Court on September 1, annulling the results of the 2017 August 8 elections, came as a major surprise to many Kenyans and observers across Africa and the globe. 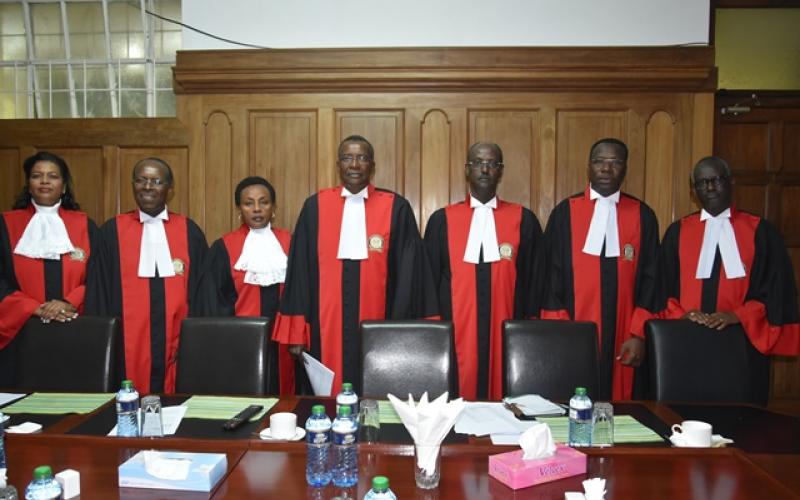 Never before in African history had a court ordered a re-run of a presidential election after results were announced.

As residents of Kisumu, a stronghold of presidential challenger Raila Odinga, celebrated the ruling in the streets, many observers of African politics concluded that this set a precedent that could alter the political landscape and civic space in Kenya and potentially across the continent.

The Supreme Court led by Chief Justice David Maraga ruled that the Independent Electoral and Boundaries Commission (IEBC) had conducted the elections in a manner that was not consistent with the constitution and the Elections Act.

The court went further and accused the IEBC of committing “irregularities and illegalities in transmitting the results” and that this, in effect, “affected the integrity of the Presidential elections.” The court ordered fresh elections within 60 days.

Implications for civil society in Kenya
So, what does the judiciary’s historic strike for the practice of democracy and its independence from the executive mean for rights defenders who have increasingly faced attacks by the state?

The government’s growing restrictions on fundamental freedoms in recent months prompted global civil society alliance, CIVICUS, to place Kenya on a Watch List of countries where there are serious and ongoing threats to civic space.  The CIVICUS Monitor, an online tool that tracks threats to civil society across the globe, has rated Kenya’s space for civil society as ‘obstructed’.

In the immediate aftermath of the IEBC’s proclamation of the election results, the government wasted little time in targeting civil society. First, Kenyan Revenue Authority officials accompanied by police officers attempted to gain access to the premises of the African Centre for Global Governance (Africog) without notice and with a defective arrest warrant.

A couple of days earlier, Africog and the Kenyan Human Rights Commission (KHRC) had been served with notices informing them that the organisations had been de-registered for operating “illegal bank accounts,” and for employing expatriates who neither paid taxes nor had correct work permits for Kenya.

On August 20, prominent human rights defender and former UN Special Rapporteur on the right to freedom of peaceful assembly and association, Maina Kiai, was detained for two hours at the Nairobi’s Jomo Kenyatta International Airport. The reason: he was told he needed clearance to leave his native Kenya.

The CSOs and the former UN Special Rapporteur were targeted for their firm stance against the election outcome. The KHRC had called for transparency of electoral process while Africog had hinted it would challenge the results. Maina had declared the elections illegal and accused President Kenyatta of seeking to reverse gains made in Kenya. Several national civil society organisations stated that these moves against civil society were a sign that the government had turned its focus on fundamental rights and on those critical of its actions in the immediate aftermath of the elections.

Kenya’s elections have often been highly contested and violence that shocked the international community following the 2007/2008 elections left over 1,000 people killed and more than 500,000 internally displaced. There were massive concerns about the possibility of violence ahead of the 2017 elections and calls from civil society to all political actors to refrain from inciting their supporters.

The decision by opposition leader Raila Odinga to petition the courts to contest the results prevented the spread of violence that had already begun when the results were initially released. At least 23 people were killed after the initial results were announcement and there were fears that the bloodshed would continue.

For Kenyan civil society, the ruling may also be an indication that the executive and security services may no longer enjoy the high levels of impunity they have. Many civil society organisations and human rights defenders have been routinely targeted for their criticism of human rights violations, electoral malpractices and corruption.

The judiciary had, in the past, showed that it was influenced by the government.  In matters relating to the promulgation of restrictive laws, the use of violence against peaceful protesters and the arbitrary arrest and detention of human rights defenders who speak out against the excesses of government, many in civil society will be encouraged by the knowledge that in Kenya no one is above the law and that the courts can rule independently even if the verdict is against the government.

Implications for Democracy in Kenya
The ruling by Kenya’s Supreme Court strengthens the independence of the judiciary and places this institution as a key player and arbiter in future elections and on issues that affect peace and security in Kenya. Future rulings on elections – either in favour of or against a political party or coalition – can be received as the final outcome and prevent conflict.  Many civil society advocates and citizens will now have greater confidence in the courts in making objective rulings even in cases that involve state actors.

Implications for democracy and civil society in Africa
The court’s unprecedented decision to annul the results of a disputed election that had been sanctioned by international observers and warmly welcomed by an incumbent will surely be followed with keen interest by opposition political parties from across the breath of the African continent.

Judicial rulings in many African countries that have held elections recently exemplified the view that the judiciary in Africa is largely under the firm control of the executive.  In Gabon, the Constitutional Court endorsed victory of the incumbent Ali Bongo following 2016 elections even though it said it adjusted the results in Haut Ogooue (one of Ali Bongo’s strongholds) and cancelled results from 21 stations in the capital, Libreville.  This basically handed victory to the incumbent.

In Uganda, opposition leader Amama Mbabazi petitioned the Supreme Court to nullify the results of last year’s February 18 elections on the grounds that the vote was compromised by malpractices including illegal voting and the lack of tallying centres.  At the time the petition was submitted, the main opposition leader Kizza Besigye would have submitted a petition were he not in detention. The Supreme Court rejected the petition and President Yoweri Museveni was confirmed the winner, extending his 30-year reign.

Zambian opposition leader Hakainde Hichilema also filed a petition at Zambia’s Constitutional Court challenging the validity of the country’s 2016 elections outcome on August 11 on the grounds of non-compliance with the legal framework for elections and that President Edgar Lungu did not win more than 50% of the votes. The petition asked the Constitutional Court to order a recount but was dismissed on a technicality.

The judiciary in many African countries may be buoyed by the ruling made by the Kenyan Supreme Court in future elections, perhaps emboldening some to strike a more independent tone in defence of democratic values and integrity.

Civil society hopes that in this time of constrained freedoms, the judiciary will come to the aid of imprisoned activists and organisations challenged by the arbitrary denial of their right to operate freely through arbitrary restrictions on NGO laws.

David Kode is Advocacy and Campaigns Lead for CIVICUS.

This article originally appeared on the Pambazuka News on 21 September 2017. The original article can be found here.