The 2016 Arab Giving Survey has revealed the generosity of the region but also a rising wariness of the lack of transparency in charity organizations.

The survey was conducted by Philanthropy Age in partnership with UKAID and YouGov. They analysed the giving patterns and motivations of Gulf cooperation council [GCC] residents aged 18 and above from varying socio-economic backgrounds. Fifty-seven per cent of the residents had monthly incomes below $2,800, and 16 per cent over $5,500. 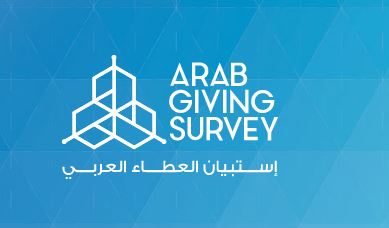 According to the survey, nearly nine out of 10 people made a donation in the last year. Many of them gave small, impulsive donations. A little over half most recently gave between $1 and $50, while in the past 12 months nearly 30 per cent donated between $151 to $500.  Fifty-eight per cent donated spontaneously rather than on a regular basis.

However, the research shows that donors across the board seek more transparency from charities in how funds are used. The lack of knowledge about how money is being spent is a main donation obstacle for 32 per cent of Arab residents. Of the wealthy respondents, 71 per cent said clearer reporting on how and where funds are spent would encourage them to increase their donations.

Wealthy donors are also interested in the results of their donations. Seventy-six per cent wanted access to results showing the effectiveness of the charity in achieving its goal, and 94 per cent said they would stop contributing to a charity if it performed poorly.

These results were similar for the majority of the GCC population as well. Over half of the donors said results were important when choosing a charity. Seventy-eight per cent said they would stop donating if the charity performed poorly.

Loyalty to causes is high among the Arab population. Half of Arab residents said they always donated to the same organizations. Over 70 per cent of the wealthy donated in the past 12 months to causes they had previously supported.

The most popular method of giving was donations to individuals. Some 51 per cent “donated to an individual, in a personal capacity.” Correspondingly, 59 per cent of wealthy donors donated to individuals in the last 12 months.

Poverty alleviation, though, was a leading cause people donated to in the past 12 months. Nearly half of donors preferred to donate to address poverty at home or abroad. Wealthy donors, likewise, preferred to support poverty alleviation or development programmes. Seventy-one per cent cited giving to these causes. Refugees were another high priority for many, with 42 per cent choosing to support refugee causes. Seventy-one per cent of wealthy donors also give to refugees.

A primary influence of peoples giving was friends, family, and colleagues. Thirty-seven per cent cited this as their biggest motivation to give. Sixty-five per cent of wealthy donors also cited friends, family, and colleagues as their inspiration to give, while charity leadership was the second largest inspiration for wealthy donors. Nearly 60 per cent were inspired by good leadership. Only 12 per cent of the whole Arab population, though, were inspired by a charity’s leadership. Instead, 22 per cent said no one inspired them.

For more, read the research here.