I read Nora Murad’s provocative response to Philanthropy for Social Justice and Peace’s (PSJP’s) report on philanthropy in the Arab world during the month of Ramadan, a time when Muslims the world over make their most significant charitable contributions. Television ads in Egypt are crowded with emotional appeals to help rural children’s hospitals, food banks and poverty programmes. Pretty much the only other ads this year were for exclusive real estate developments with villas, lakes and golf courses. These promise a lifestyle beyond the reach of at least 98 per cent of all Egyptians. Op-ed contributors rightly noted that it seems the country now consists of a tiny elite who can afford to make generous charitable contributions and the vast majority who need handouts in order to survive. 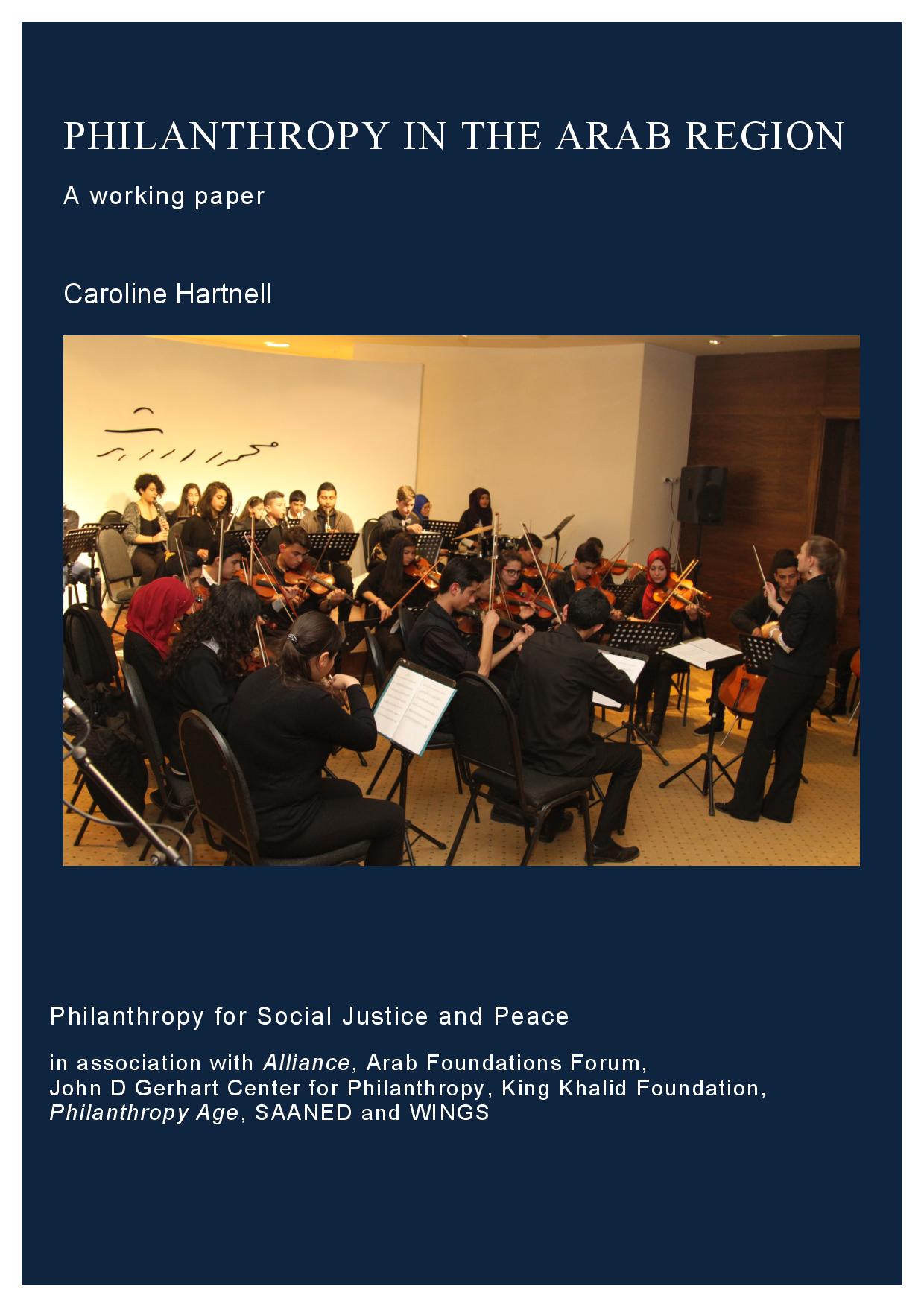 This sort of gaping divide between wealth accumulators and an increasingly impoverished middle and working class is not an Arab problem only. Increasing inequality is driving political earthquakes in the UK, the US and many other countries. It is in this context that we should reflect on the excellent overview of Arab philanthropy recently published by PSJP and Nora’s piercing critique.

Having initiated the first snapshot of Arab giving in 2007 with Dina Sherif and a great team of regional writers, I know how hard it is to capture trends. For one thing, the region contains some of the world’s most impoverished countries – Sudan, Yemen and Somalia – and some of its wealthiest. A recent gift of US$30 million for education from one Kuwaiti donor is not unusual in the Gulf countries, where per capita income is among the highest in the world. The PSJP report captures these disparities well, and notes the further complications of multiple political upheavals in the wake of the ‘Arab spring’. I particularly appreciate the inclusion of younger voices, signalling refreshing new approaches to giving from next-generation donors.

Where we can agree with Nora is that Arab philanthropy, with its traditional emphasis on alleviating the suffering of the poor and otherwise disadvantaged, is not adequate to the structural challenges we face today. But could that charge not be levelled against philanthropy anywhere, or indeed any other sector we select for comparison? The social contract everywhere is badly broken, and polarized societies are the result. I do not agree with Nora that adopting western models of giving is the main problem. Awqaf (Muslim endowments) and zakat (religiously mandated annual giving of a percentage of individual assets) are both many times larger than the grantmaking foundations she alludes to in her response.

The real problem is a lack of vision, increasingly coupled with fear of political consequences. Our sector has traditionally focused on the making of the gift rather than its ultimate impact. I see this slowly shifting, with more attention to cross-border goals such as the Sustainable Development Goals and a greater willingness to collaborate on major initiatives with other donors and civil society. More than half of the foundations interviewed for a recent OECD survey say that they systematically engage with other donors when designing or implementing their programmes. Membership of diverse organizational types in the Arab Foundations Forum (AFF) is on the increase.

Still, Arab donors have been reluctant to support deep structural change – especially when it is advanced within a rights-based agenda. Thus, the desire to see more social justice philanthropy is one I share with Nora. But is the philanthropy sector to blame for the dearth of Arab social justice funders? It only takes one or two high-profile arrests or closures of human rights organizations to create fear among donors and activists alike. Sadly, governments in our region are ‘pulling up the drawbridge’ against any civil society organization whose work appears even minimally critical of the status quo. Hence the proliferation of health, education and other ‘safer’ programmes. Many younger philanthropy-minded individuals prefer to start social businesses and avoid the sector altogether. There is no doubt about the chilling effects of political caution on trends post 2011 in the Arab region.

On the brighter side, some donors are joining global alliances that address challenges to an enabling environment for civil society. There is much to be learned from success stories in countries as diverse as Lebanon and Colombia. In the latter, a group of foundations won government trust by offering local incentives to help reintegrate rebel groups, culminating in a historic peace agreement. In Lebanon, foundations are working on draft legislation that would simplify and improve government-foundation relations.

I believe that we in the non-profit sector need to engage, where possible, in a reset of our relations with governments. They are not always monoliths, just as we are not either. Surely there are models to be explored that identify champions, perhaps at local government level, and build up trust and win-win scenarios. Ruwwad in Jordan is one example that comes to mind. This operational philanthropy invested time in mobilizing several government agencies to help youth in poor neighbourhoods exchange local volunteering for chances to go to university.

Nora is right that it is time to go beyond complaining about government interference, which only reinforces a sense of the adversarial roles. Ruwwad illustrates what can be done to augment community resources when donors help open doors officially. I join her in hoping that the next report on Arab philanthropy will show progress in this direction. Much is at stake at this moment in history. Will private philanthropy help societies emerge where everyone can participate and flourish?

Barbara Lethem Ibrahim was founding director of the John D Gerhart Center for Philanthropy and Civic Engagement (2006-2014) at the American University in Cairo. She currently serves on the governing boards of WINGS, Soliya, and the International Center for Not for Profit Law.