The European Venture Philanthropy Association (EVPA) welcomes Bernard Uyttendaele as its new Chief Executive to lead the organisation in a new phase of development. Uyttendaele knows both the non-profit and business worlds. 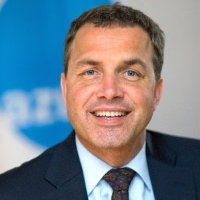 In the late eighties Uyttendaele started his career as Credit Manager and Treasurer at Otis Elevator Company in Belgium and France, before becoming CFO and Deputy Director in the Netherlands. In 2001 he moved to telecom company Orange, sitting on the Board of the company until it sold to T-Mobile. From 2007, Uyttendaele was Director of his own company, Azure, focused on the redevelopment of organisations and optimisation of their business models.

Most recently Bernard worked as Managing Director of War Child in the Netherlands, an international NGO working towards a peaceful future for children and young people affected by armed conflict. Under his three year leadership, the organisation grew by fifty per cent, attracted more private and SME donors, and became more firmly established internationally.

He will bring this broad experience to EVPA as it moves into its next phase of development.

Madeleine Clarke, Chair of EVPA, welcomed Bernard to the role of CEO and commented: ‘Bernard’s combination of business acumen, commitment to creating impact and the experience he brings from his very successful career to date will be of tremendous benefit to EVPA as he leads the organisation to achieve its full potential in the coming years.’

Bernard Uyttendaele said: ‘I am delighted to join the EVPA team and network in its pursuit of higher societal impact. Only by working together and combining our diverse resources and learnings, can we achieve greater sector capacity and effectiveness.’