Blame it on bad luck

Which session at the AVPN 2020 annual conference would you most like to hear about?

A call for ‘timely’ capital

How to rapidly scale solutions in a crisis

Supporting conservation during a crisis 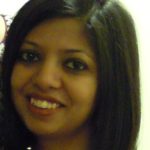 The session entitled ‘Good to Great Philanthropy’ at this year’s European Foundation Centre Conference explored the difference from being a good foundation to being a great foundation. Based on academic research, the session team designed a list of 28 measures of greatness in a foundation and asked European foundations to rank them through the aforementioned survey. The variance in the data revealed not one but several paths to greatness. The data clustered into seven mutually exclusive archetypes of foundations positioned to achieve great things.

Session participants picked one archetype that they would have like to go on a ‘date’ with. As in the real dating world, you picked your date because you either identified with the characteristics of the archetype or were simply intrigued and wanted to explore more of it. While most archetypes found many suitors, there was one that was stood up – it was called ‘happy-go-lucky’.

The data revealed that a ‘happy-go-lucky’ foundation goes after simple ideas and believes in luck. It is small in size – both in staff and budget, doesn’t involve staff in decision making and always works with disadvantaged and marginalised communities. While there is proof (in the data) that many European foundations believe that this combination of attributes in a foundation position it to sometimes do great things, there were none at the session that wanted to explore it. Why wasn’t any participant interested in this archetype? Is admitting that they rely on luck or are interested in such a model too irresponsible? Understandably yes. When you work on a small budget with marginalised and disadvantaged communities, you are often in a situation where lives often hang in the balance and there is no space to rely on luck. Even when supporting a simple idea, your work must be rooted in a deep structural analysis that informs your strategies and tactics. Risks must be taken but failures analysed to learn from mistakes and increase the effectiveness of your work.

And when you do meet with success, to credit it to luck undermines the hard work and sensible decisions that led to it.

How then does ‘luck’ play a role in creating conditions for a foundation to achieve great results? Stood up on my date, I had some time to think about it. Perhaps ‘luck’ is not the mark of irresponsible behaviour or an element that devalues hard work, but the cushion that mitigates the heartbreak of failure which comes despite our best intentions, analysis and strategic planning. When working with marginalised and disadvantaged communities foundations are faced with barriers against change that are deeply seated in the minds and structures of our society. There are many disappointments and setbacks on this journey. Maybe the blame-it-on-bad-luck attitude is less of an irresponsible escape but a recognition of the difficult and shifting contexts in which we work. It’s just that element that makes a small foundation resilient, helps it to endure failures without being deterred by the persistent barriers it faces, and supports its long term vision against all odds- toward a moment of great victory.

Chandrika Sahai is coordinator of the Philanthropy for Social Justice and Peace Network.

Comment: Blame it on bad luck « Philanthropy In Focus