The Brazilian government has launched the Bolsa Verde, or Green Grant, programme, which gives financial assistance to poor families that help preserve Brazil’s Amazon jungle. From last October, some 3,500 families began to receive the subsidy of 300 reals (approx US$160) per quarter as part of the Environmental Conservation Support Programme, as it is officially known. The aim was to cover 18,000 families by the end of the year, and 76,000 families by 2014. 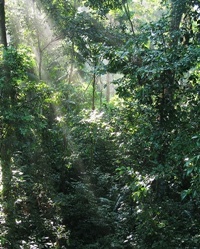 According to President Dilma Rousseff, the plan to help extremely poor families develop environmental conservation activities is one of the strategies of her government’s Brazil Without Extreme Poverty Plan. ‘It is critical to our development model,’ she said at the programme’s launch in Manaus. ‘People with higher incomes will be more committed to the environment.’ Environment Minister Izabella Teixeira described the Green Grant as a ‘major achievement’ and called it ‘the first social and environmental programme that encourages people to make sustainable use of the rainforest’.

However, while Marcio Astrini of Greenpeace-Brazil agrees that the programme is a good start, he fears it will be short-lived if Brazil adopts a new forest code being debated in Congress, which would seriously undermine regulations prohibiting the clearing of native jungle. ‘In order to receive this subsidy, families have to live within conservation areas or extractive reserves (sustainable use protected areas). But less than 100 reals (approx US$56) a month is very little remuneration for families helping to conserve the rainforest, at a time when the government and society are waiting for the new Forest Code to be voted on in Congress,’ he said.