Carola Carazzone, Carol Mack to join Dafne as new chair and board member

Donors and Foundations Networks in Europe (Dafne) has announced that Carola Carazzone, Secretary General of the Italian association Assifero, will join its Board of Directors as Chair, alongside CEO of the UK’s Association of Charitable Foundations Carol Mack, which will also be joining Dafne’s Board as a member. 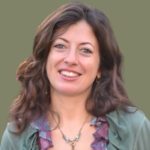 The new appointments took place during the Dafne Members’ General Assembly on 21 January, in which the current Vice-Chair of Dafne – Magdalena Pekacka, Executive Director of the Polish Donors Forum – was also re-elected.

‘We are pleased Carola Carazzone has been appointed to the role of the Chair of the Dafne Board of Directors, and Carol Mack – as a new member of the Board,’ said Dafne Executive Director Max von Abendroth. ‘The unprecedented challenges require a bold action by philanthropy. We look forward to Carola and Carol’s leadership and commitment to an independent and courageous philanthropic sector. Their experience and insights will be invaluable in furthering our mission to ensure philanthropy is a catalyst for a resilient, inclusive and sustainable Europe.’

The changes to the Dafne Board of Directors come as the organisation is currently in the middle of a process to converge with the European Foundation Centre (EFC) and become one network by year’s end. The joining of the two major philanthropy bodies will be a major recalibration of Europe’s philanthropy infrastructure.

Carazzone succeeds previous chair Felix Oldenburg, who led the Dafne board from 2017-2021.