Charity donations from UK’s wealthiest down 20 per cent, despite income rise

The wealthiest people in Britain cut their typical donation to charity by more than a fifth in the years preceding the pandemic, despite enjoying a 10 per cent increase in income over the same period. 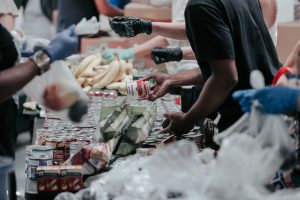 A new study for the Law Family Commission on Civil Society has revealed a significant decline in declared donations from the nation’s top one per cent of earners – those with pre-tax personal incomes of £175,000-a-year or more – despite soaring incomes in recent years.

The study found that typical donations from the UK’s top earners dropped by 21 per cent in real terms between 2011/12 and 2018/19, despite the typical annual income among this group rising by 10 per cent over the same period.

The analysis reveals that although those earners in the top one per cent, who total around 344,000, earn 14 per cent of pre-tax income in the UK, their declared donations equate to just six per cent of the total donations to charity from the public.

Overall, the value of charitable giving from the public as a whole has increased. In real terms, giving to charities, including donations, legacies and fundraising, has increased from £14.8 billion in 2011-12 to £19.6bn in 2018-19.

Among the top one per cent in Britain, there is a generosity gap between a handful who give very significant amounts and the majority who give substantially less.

The study revealed that people living in the wealthiest areas of the UK declare seven times as many donations to charity as those in the most deprived areas, and the Commission is further recommending that action be taken to drive up place-based philanthropy in areas that need it most.

‘The British public has a rich tradition when it comes to charity, epitomised by the millions of acts of kindness and support we saw at the height of the pandemic. It also shows in the £20bn the public gives through philanthropy each year,’ said Lord Gus O’Donnell, Chair of the Law Family Commission on Civil Society. ‘But this new research for the Law Family Commission on Civil Society shows that those with the deepest pockets can afford to reach a little further. Among the top one per cent in Britain, there is a generosity gap between a handful who give very significant amounts and the majority who give substantially less.

‘The Commission is calling for a collaborative effort between philanthropists, the government, business and the charity sector to help close this gap.’