President Andrés Manuel Lopez Obrador, or AMLO as he is known, recently took aim at a handful of American foundations which have provided financial support to Mexican NGO’s opposing to a railroad infrastructure project. Tren Maya (Mayan Train) has been met with stiff resistance from local, national, and international groups that believe the mega-project will bring disruption and environmental degradation.

Nevertheless, the Mexican government has proceeded with the railroad plans, claiming high levels of approval for the project. Local organisations, seeking to have their voices heard, have begun to collaborate with larger NGOs with expertise in environmental law and public policy. These larger NGOs are the nine that AMLO attacked in a statement in August, claiming that they had clandestinely received almost $14 million from U.S. funders specifically for the purpose of opposing the project. 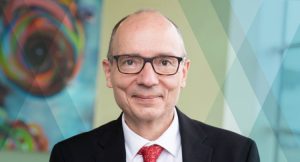 Layton addressed the claims of a lack of transparency and legitimacy, writing: ‘This argument does not do justice to the mechanisms for community accountability that NGOs practice and that international donors typically look for as part of their due diligence.’

He continued: ‘While there are cases of heavy-handed international funders seeking to influence and even dictate outcomes for communities and public policy, most – and particularly those foundations named by AMLO – make it their policy to respect local autonomy and support community-led development. Still, funding from foreign donors opens a potential line of attack for critics.’

The U.S. foundations facing criticism from AMLO for their funding of Mexican nonprofits are the Ford Foundation, ClimateWorks, Rockefeller, the National Endowment for Democracy, and the W.K. Kellogg Foundation, which established the community philanthropy chair Layton now holds with a gift in 2015.

The attack by government on civil society is not an isolated incident, both inside Mexico and out. ‘Tragically, this trend is global,’ Layton said.

In India, a new bill that was signed yesterday will greatly tighten and restrict the existing Foreign Contribution Regulation Act (FCRA), impacting how foundations and corporations make grants to Indian NGOs in many critical ways.

‘The bill will have far reaching consequences for civil society organisations and the communities they serve across India,’ said Ingrid Srinath and Smarinita Shetty, writing for Alliance today on the subject. ‘It will cause smaller nonprofits to downsize or shut down their programmes, result in job losses at the frontlines, and reverse years of hard-won progress towards the Sustainable Development Goals, already under threat from the impact of COVID-19.’

Shetty and Srinath offered a grim look at a future with a weakening civil society: ‘the prognosis for civil society and democracy in India, already under threat from the systematic targeting of human rights defenders and ruthless suppression of dissent, looks bleaker,’ they wrote.

A world rocked by the pandemic

The increased scrutiny of foreign funding comes during a year in which funding across borders is increasingly needed to support those most affected by the Covid-19 crisis. Mexico and India have been hit particularly hard, with Mexico suffering the fourth highest official death tally while enduring one of the lowest levels of government spending per capita to address the effects of the pandemic.

India initially took some of the strictest measures anywhere in the world to slow the spread of the virus – measures that were devastating to hundreds of thousands of migrant workers who were initially stranded without a way to reach their home villages. However, after the lockdown lifted, cases began to grow exponentially, and now it is experiencing the second-highest number of daily case counts after the U.S.

The W.K. Kellogg Community Philanthropy Chair was established at the Johnson Center for Philanthropy at Grand Valley State University in Michigan in 2015. Layton is the second person to hold the chair after Jason Franklin, known for work researching the landscape of collective giving circles in the United States and abroad and as a cofounder of progressive donor collaborative, Solidaire.