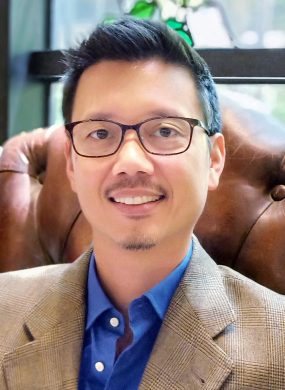 At the 2019 AVPN Annual Conference, we spoke to Kevin TEO Chief Operating Officer AVPN, to capture his reflections. Now in its seventh year, the AVPN Conference brought together a diverse group of funders and resource providers from around the globe to take part in the largest gathering of social investors in Asia.

There is a big climate focus this year. Is that a push from the ground as well?
Absolutely. We’ve been having conversations with members who are big supporters of groups working on climate change. Initially, we were focused on helping a community to coalesce around a common funding area. We’ve done that and now is the time to dive deeper into issue areas like climate, nutrition, gender, education, which are all featured themes of the conference. We’re not experts in those areas, but we can play a role as a convener of experts, so they can connect with each other and with other constituencies.

Were the themes for this year’s conference determined by the members?
Yes, in fact, that’s been the story of the conference since the beginning. It’s really what members are interested in, where are we seeing the critical mass of interest? From there, we start putting together narratives and try and cross-link the themes in a way that’s coherent.

Where to next?
You’ll hear a lot about platforms over the course of the conference – the Climate Action Platform was launched yesterday, for example – so we’ll be creating sites where members and other interested parties, like GIIN, TONIC, like GSG and the Impact Management Project (IMP), can come together around a common interest. We also need to make sure we’re linking them, because we don’t want to create new silos! We’re looking into ways to use technology to link up the information we already have in the Knowledge Centre and from the deal share platform, so that information is readily available to people when they come to our site.

And with platforms, you don’t have to lead them.
Exactly. We’re also trying to create some form of consensus on impact measurement. We’re working very closely with IMP to be the focal point on the topic for Asia We’re constantly getting requests from members about this, especially from those who are new in the space. It’s a big thing. When they come in, they want to do good, so they go and research it and they’re just overwhelmed. So we feel it’s important to communicate to them that there’s a growing group of practitioners who’ve agreed with a set of principles, so let’s start there.