This article originally appeared on the Global Fund for Community Foundations website, on the 10th October 2016. The original article can be found here.

She couldn’t have put it more clearly:

The setting was an overheated university classroom at the university in Bogota, the start of an afternoon session on the topic of “Rethinking resourcing of civil society,” part of the Civicus International Civil Society Week. I had asked the room, whose audience was made up of a diverse mix of people from NGOs, donors, foundations, and social movements to take a minute to discuss with their neighbour what associations the word “philanthropy” inspired in them. The comment about “ill-gotten wealth” was the response from a young female participant from Africa and many others in the room shared her sentiments.

And there you have it: philanthropy is a word that inspires deeply contradictory reactions and emotions. On the one hand, there is philanthropy as a positive force: private resources directed for public good, a voluntary expression of empathy and support for those less fortunate, a unique tool that can be applied in pursuit of social change. On the other, philanthropy is seen as part of the problem: the product of systemic failures of current political and economic structures, which have resulted in large concentrations of wealth in the hands of an elite and unaccountable minority. 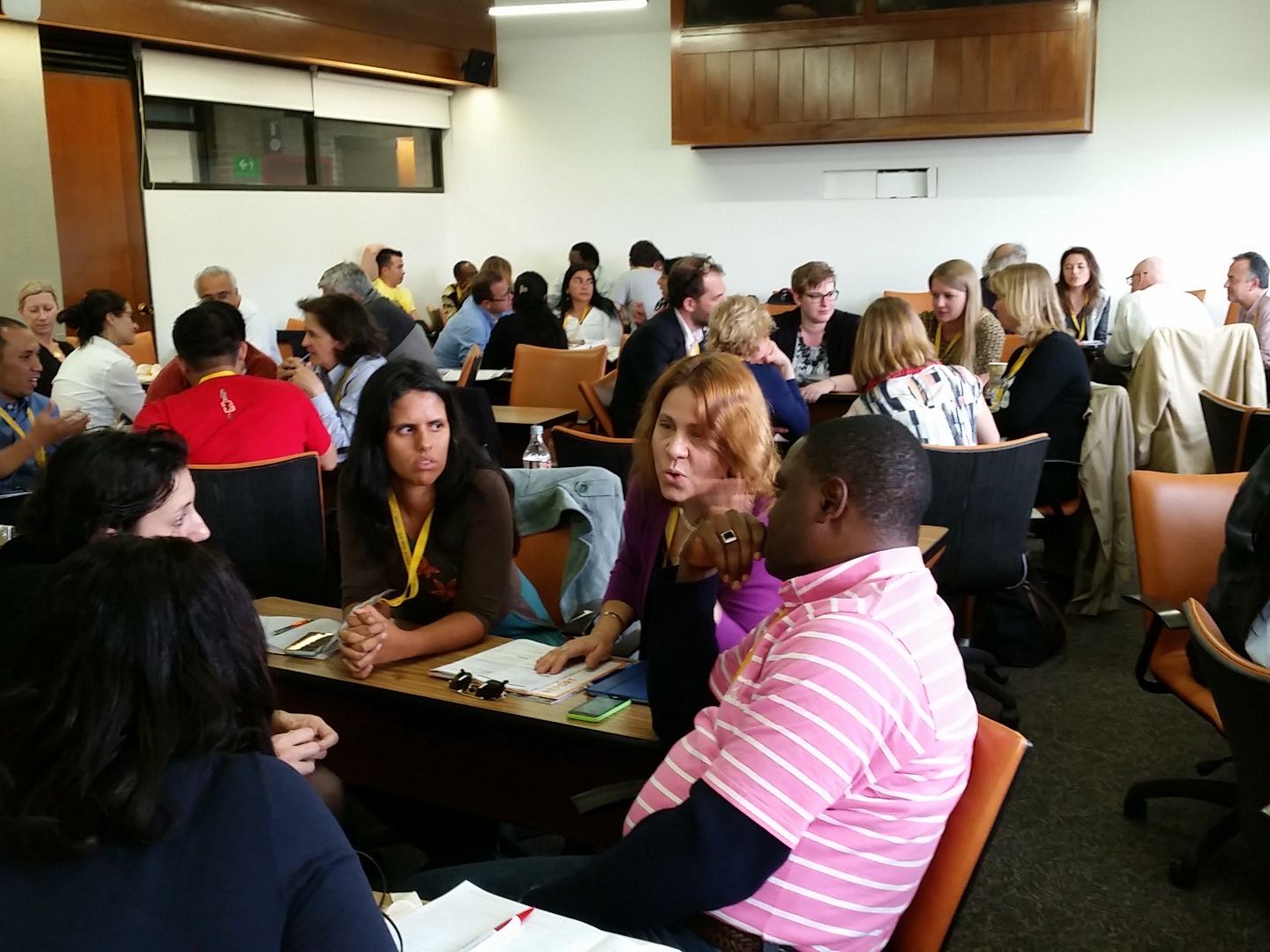 Discussing philanthropy (a positive force or part of the problem?) in Bogota

As international aid to poorer countries starts to dwindle, civil society groups who have traditionally relied on donor money to fund their work are being confronted with an urgent need to identify new sources of support – or even to re-think their business models altogether.

And at the same time, in many former aid-recipient countries domestic philanthropic sectors are emerging. For the new (and old) wealthy, having a foundation has increasingly become the norm, a sign of respectability, a sure-fire way to gain entry to circles of national, regional and global elites: the Giving Pledge counts philanthropists from Russia, Brazil, India, China and South Africa among its signatories. In China, there are now over 2,000 foundations (and some of these already at least match the Bill and Melinda Gates Foundation in size) and networks such as the African Philanthropy Forum provide a space and platform for high net worth individuals to network and interact around their philanthropic interests.

On paper at least, it would seem obvious. External aid flows start to shrink and domestic philanthropic sectors start to pick up the slack. A positive shift away from dependence on outside funding towards greater local autonomy and self-reliance. A new, more grounded and direct, kind of accountability between both local philanthropic and civil society sectors. International development agencies are also increasingly talking about the role of local philanthropy as one of various “new actors” in development with enthusiasm too.

And yet, in many parts of the world there are barriers to be overcome if local philanthropy and civil society are to engage meaningfully with each other. Distrust and negative perceptions shape attitudes on both sides.

Attitudes within civil society (which is obviously a huge and diverse family of institutional forms and interests) range from deep ideological misgivings about the source of philanthropic capital to the practical frustrations of engaging with local philanthropists. For those working on the frontlines of environmental, economic, social and gender justice, powerful political and economic elites with disposal income are often perceived to be fuelling rather than solving these problems. Funding from local sources might neutralize voices and efforts, coopting civil society groups in “white” or “green”-washing. 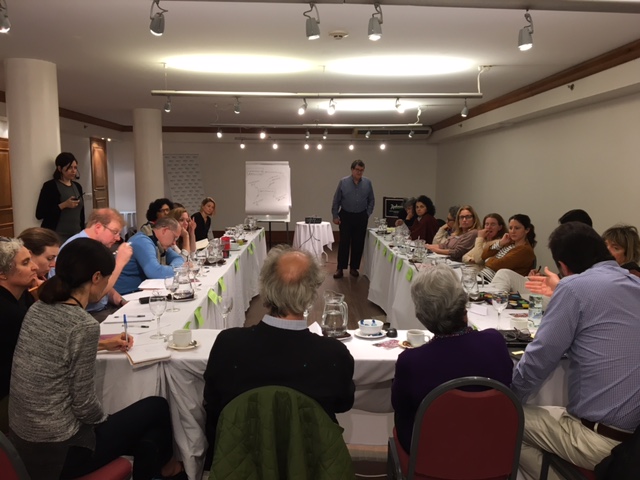 Talks continue in Uruguay: whether to reclaim/re-define “philanthropy”?

At the same time, NGOs have not always done themselves great favours when it comes to representing, explaining and accounting for their work to local audiences. Small groups are often so preoccupied doing their work that they are pressed for time when it comes to communicating it to others, while international funding has often contributed towards a certain institutional “flabbiness” and perception of wealth among certain NGOs, whose accountability has been to external constituents rather than local ones. And of course, there are always the stories of inefficiencies, corruption etc. within the NGO sector which undermine everyone. This means that many local foundations and philanthropists don’t choose to partner with local civil society groups (grantmaking to local groups is an exception rather than the norm in countries such as Brazil or China) and rather keep their work in-house, overlooking local expertise or saving themselves the trouble of working with “self-appointed experts” (depending on which side of the fence you sit on).

And private philanthropy and international aid have not always been natural partners. While bilateral and multilateral donors are starting to talk about local resource mobilization as part of a new aid-reduced landscape, and various efforts such as the SDG Philanthropy Platform and the Global Alliance for Community Philanthropy are deliberately seeking to foster linkages, philanthropy is not necessarily an established part of the development discourse in many traditional donor countries in the Global North, where the state – supported by taxation – has tended to occupy a more central role. The appropriate role of private wealth versus the role of the state still requires some analysis. Certainly, among those funds and foundations established by external donors to act as local re-granting intermediaries, few have had a local philanthropy development strategy embedded in their DNA from the start. For those organizations whose long-term donors are starting to talk about exiting, the shift in focus towards local sources can be quite a painful one.

By understanding philanthropy only as big money, we are moving away from its original Greek meaning: love of man(woman)kind. Too often in development we have considered “funding” separately from “the work”, always on the look-out for the next big chunk of money to keep our organizations going. Community philanthropy offers a way to re-evaluate our work and ask an important and different set of questions about our relevance, our value, our effectiveness. As the global space for civil society shrinks and external donor funding can become toxic for local civil society groups, local constituencies become more critical than ever. And local supporters, no matter how small their contributions, become more important than ever. By encouraging “ordinary” people to give and feel as though they have a stake, community philanthropy organizations offer essential spaces to build voice, resources and power – in fact, claiming back philanthropy as something for us all, perhaps.

Back in Bogota, it was Felecia Lucky, from the Black Belt Community Foundation in Selma, Alabama who reminded the room how simple the proposition of local philanthropy can be:

“We have a donor, Miss Alberta, an elderly lady and long-term member of the community but not someone of great wealth. Every month, without fail, she goes to the bank, withdraws a crisp $100 note and brings it to us at our office. As long as she does this, we know we are doing something meaningful in our community.”