Biodiversity loss and associated ecosystem collapse is an urgent global challenge – one of the top five risks to humanity according to the World Economic Forum. During the past 50 years, 60 per cent of all wildlife populations have disappeared, and at least one million species are now threatened with extinction. The United Nations convened its first Summit on Biodiversity in September to help develop updated strategies and mobilise new commitments under the Convention on Biological Diversity. Many conservationists are calling for ambitious targets, such as a ‘30×30’ goal to protect 30 per cent of the earth’s lands and waters by 2030.

While much attention surrounds these global policy processes and debates, including a call for more government-managed parks and protected areas, an effective response to the biodiversity crisis inevitably depends heavily on local, community-level actions. For example, indigenous peoples’ territories contain up to 80 per cent of terrestrial global biodiversity, including a quarter of the Amazon Basin forests. In Kenya, community and private conservancies created over the past decade now comprise roughly 11 per cent of the country’s lands, often adjoining and buffering national parks and now eclipsing them in total land area.

While also frequently serving to preserve cultural traditions, reduce poverty and otherwise empower historically marginalised populations, grassroots models such as these are delivering critical conservation outcomes. Better supporting and scaling them up is fundamental to protecting biodiversity. As a group of conservationists wrote in the leading journal, Science, over a decade ago, this is most effectively achieved through ‘small, locally focused organisations working at the front lines of biodiversity loss.’

To accelerate and scale up conservation efforts around the world, investing in stronger local capacity by getting enabling funding to grassroots and national civil society organisations needs to be a higher priority.

But global conservation efforts still tend to underinvest in local and grassroots actors. International conservation funding reflects the wider development field, where only one per cent of humanitarian aid goes directly to local organisations in developing countries, compared to 85 per cent that is routed to international organisations. Such patterns deprive local organisations of the investment needed to develop their internal capacity and to build and execute their own long-term strategies. In a recent survey of conservationists in Kenya and South Africa, researchers at Oxford University identified shortfalls in staffing capacity, strategic clarity, and availability of funding as top constraints to conservation success. Conservation science in the tropics is often still dominated by northern researchers, which can detract from building local capacity and represent what a Sri Lankan marine biologist recently critiqued as ‘colonial science‘.

To accelerate and scale up conservation efforts around the world, investing in stronger local capacity by getting enabling funding to grassroots and national civil society organisations needs to be a higher priority. That isn’t as simple as it may sound, however. Grassroots organisations may have rudimentary fundraising experience and infrastructure, often speak a different language (both literally and figuratively), may struggle in navigating complex application and reporting procedures, and can have difficulty absorbing large sums of money or lack legal status that allows tax deductibility for direct donations. As such, they can be difficult for funders to identify and access and may be perceived as riskier bets than higher profile international groups with popular global brands.

Overcoming these obstacles, which can be especially limiting for individuals, family foundations or other donors with limited staffing and due diligence capacity, requires innovative mechanisms to attract and efficiently deliver critical resources closer to the point of impact – the conservation world’s equivalent of ‘small-cap’ funds that allow commercial investors to access, in a risk-diversified way, some of the most vibrant and cutting-edge companies that would otherwise be out of reach. Increasingly, conservation funders and organisations are creating new structures, which, while taking a variety of forms and tackling different priorities, share a common outcome of enabling grassroots and smaller organisations to mobilise and deploy more enabling capital in some of the world’s most important regions for biodiversity.

For example, the Agroecology Fund is an initiative supported by over thirty funders that works to advance agroecology practices and policies by promoting the economic well-being and human rights of small farmers and their communities, protecting and regenerating ecosystems, and mitigating climate change. Critically, it helps gets funding to the most effective grassroots or farmer organisations, advocates and researchers in the agroecology field.

Synchronicity Earth, based in London and one of the supporters of the Agroecology Fund, also works more broadly to make it easier for funders to support grassroots conservation organisations in different parts of the world. It conducts thorough due diligence on groups and employs in-country advisors. Five collaborating donors back its Congo Basin Programme through a pooled fund that invests in local forest conservation initiatives in Cameroon and the Democratic Republic of Congo.

The Lion Recovery Fund, which launched in 2017 as a collaboration between the Wildlife Conservation Network and Leonardo DiCaprio Foundation, has made grants totalling nearly $11 million in 21 African countries to support lion conservation. It now has multiple donors and frequently invests in local organisations and initiatives, such as SORALO, a grassroots organisation that works to integrate traditional Maasai culture and land use practices with wildlife conservation. 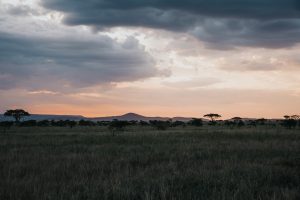 Targeting critical landscapes rather than individual species, Maliasili, an organisation created to champion and strengthen local African conservation leaders, recently designed and launched the Maasai Landscape Conservation Fund as a collaboration with the BAND Foundation, Liz Claiborne & Art Ortenberg Foundation, and several other philanthropies. This fund will invest at least $3 million over the next three years to support high-performing local organisations working in southern Kenya and northern Tanzania to accelerate and scale community-based conservation models in one of the world’s most important ecosystems for wildlife.

Collaborative funding to support indigenous and community-led philanthropy is also growing in popularity. One example is the Pawanka Fund, an initiative supported by Tamalpais Trust, NoVo Foundation, Swift Foundation, and The Christensen Fund, where funding decisions are made by a Guiding Committee of indigenous representatives in partnership with indigenous and grassroots organisations. Such initiatives take collaborative funding a step further, empowering communities and indigenous peoples to guide funding decisions.

By working to get more funding to local organisations and grassroots initiatives in some of the world’s most biologically rich landscapes, often through flexible, multi-year support, these collaborative efforts are an essential addition to the conservation marketplace. The space they occupy is one where continued growth and innovation is essential if we are to develop truly lasting solutions to the planet’s biodiversity crisis.