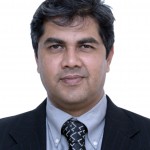 This is AVPN’s inaugural conference where 30 countries are represented.  In 2009, the AVPN idea in Singapore began. The concept emerged when Doug Miller started the EVPA in 2003. In the last 3 years, the increase in venture philanthropy and social entrepreneurship in this region has been substantial.

The conference started with Tan Chi Chui, Chairman of the LIEN Centre for Social Innovation, who warned against hype, sloppy thinking and monitoring in the social sector that will make investors give up. The danger looms large in reducing the movement to feel good rather than a do good experience. The LIEN Centre was established in 2006 as a partnership between the LIEN foundation and the Singapore Management University on fostering and sustaining social innovation.

Doug Miller talked about leadership that takes on a pioneering role, then focused on the fact that engagement is a key to success. The EVPA now has 160 members and the AVPN has 124 in 35 countries. AVPN is in the business of breaking the silos that private equity, wealth managers, professional service firms, universities, corporate CSR and foundations work in and allowing them to network. AVPN members work across sectors – health, environment, education, children, economic development and financial inclusion. Members support both non-profits and social enterprises.

Lawrence Lien, CEO, National Volunteer and Philanthropy Centre, lamented the fact that NGOs lack the hunger and the ability to articulate their requirements. Philanthropy plays a critical role in nation building and operates through a social contract with innovation and policy change, while it is the government that primarily must provide public goods and governance.

Philanthropists must take more risks, especially in Asia where we avoid risk and spend too little on upstream work and more on downstream activities. The rich actually give far less as a percentage of their income than the poor, something that is not unique to Singapore. Collaboration requires humility and systemic change requires a large diversity in partners. The failure to attract enough leaders to this sector is a serious problem; in a full employment situation it is so much more difficult to get people to think of careers in the social sector.

Former director of the US Social Innovation Fund and senior partner Bridgespan Group, Paul Carttar pointed out that venture philanthropy is not a 21st century phenomenon. The Red Cross, the Carnegie Foundation and others are 19th century ventures that had a profound impact on mankind. The three phases of modern venture philanthropy are the decade of the 1990s when we saw the creation of initial VP houses, the next decade when we saw the expansion of investor bases, and the evolution of powerful investors. The Social Innovation Fund in the US offers some lessons for Asia in how the partnership between government and philanthropy can leverage each other’s strengths.  Aim high, seek models with realistic potential for large scale impact. Manage the risk of failure, and the only alternative is to do nothing. Trust your judgement.

Example: Youth Villages. For children from troubled homes. The insight driving this is that children are best served in their communities and homes and that good counselling can change families.

Never doubt that a small group of thoughtful committed citizens can change the world. In fact it is the only thing that has … Margaret Mead