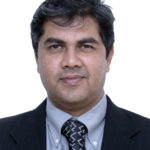 At the AVPN’s 2013 conference, the moot question is Do markets provide a solution to alleviating poverty? The answer seems to be a qualified YES.

Harvey Koh of Monitor Deloitte talked of the stages of social entrepreneurship and how each stage requires a different set of gloves. Social interventions start with a blueprint that sets out the insight and the idea that claims to solve a particular problem. The model then continues to define the next step as Validation. The initial blueprint is explained and articulated while it is also piloted to substantiate its claims and establish its credibility.

Post the validation and pilot phase comes the preparation stage that then equips the social entrepreneur with the tools to get ready for take-off. This is when the strategy is made and the human resources readied for the final stage that scales up. The issue with funding players in the social sector is who would provide the early money. There is the pioneer stage that requires funding that is clearly fraught with risk. Is this where venture philanthropy should come in? 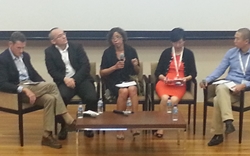 Annie Chen of the RS Group in Hong Kong, Kristin Lindsey of the Global Fund for Children, Wolfgang Hafenmayer of LGT in Liechtenstein and Michael Traill of Social Ventures Australia spoke of the various concerns that venture philanthropy faces. One major point made was that communities hold the key to success and must be the owners of any solution that is tried out. The questions that emerge bring up various aspects of philanthropy and its role in social entrepreneurship and the entire process of moving from blueprints to scaling up.

The conference then went into various breakout sessions. There was an entire section looking at regional insights from China, India, South Asia and South East Asia. Another section looked at the health, water, education and financial inclusion sectors. The conference then went on to investigate the roles that governments play and the different ways in which families enter venture philanthropy. The European and the US perspectives on venture philanthropy constitute a body of work that serves as useful background that Asia can take lessons from.