Develop communities, not indicators of success

Firelight Foundation has recently issued a report, in which it emphasizes the role of community-based organisations (CBO). Being such an organisation, we support the intention and want to share our thoughts on the matter. 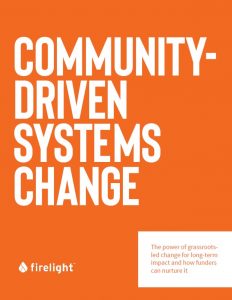 Akin to many others, the Feminist workshop began as a volunteer initiative, established by a group of like-minded people ready to invest efforts toward fighting for the just world. The feminist slogan ‘Nothing about us without us’ was our foundational principle since the beginning. In practice, it means that we aspire to influence decisions that affect us and are made on different levels of the social structure (from classroom to parliament).  It also means that we base all the projects we implement on our own experiences.

Original text calls organizations described by the Firelight Foundation community-based ones. It is prominent that it is translated in Ukrainian as ‘громадські організації’ (literally ‘community organizations’). Despite that, we think it important to return to the primary meaning of these groups. When and how something that was originally created based on the community has lost its substantial meaning?

In civil society, the invisible hand of the resource distribution supports projects created by more capable, efficient and successful actors. Meanwhile, less successful strive for improvement, self-development and the creation of the procedures and criteria. That leads to the emergence of numerous non-governmental organizations that are completely out of touch with their target audience. Via promotional materials created by the certified analysts, they tell the community what is better for it – even though the community did not ask for advice.

There is a huge lack of community participation in decision-making. In popular approaches, the target audience is perceived as a list of people devoid of agency. This gap is also eminent in the way community-based organizations interact with them: on one side, there is an organisation that provides services or organizes the community. On the other, there is its target audience with its declaration of the will being limited by the available procedures. For these organizations, ‘community-based’ in the name is but a legal formality.

The equitable process of interacting with a community is much more difficult: by no means is a community a fixed circle of people that are able to choose a common goal and move towards it, like a school class or a research group. New members constantly join the community while other members leave it; spontaneous challenges become more important than strategic ones. Maintenance of intracommunal relations, task revision and searching for a common ground often transform into end in themselves while losing its substantial meaning as an instrument used to reach certain goals. 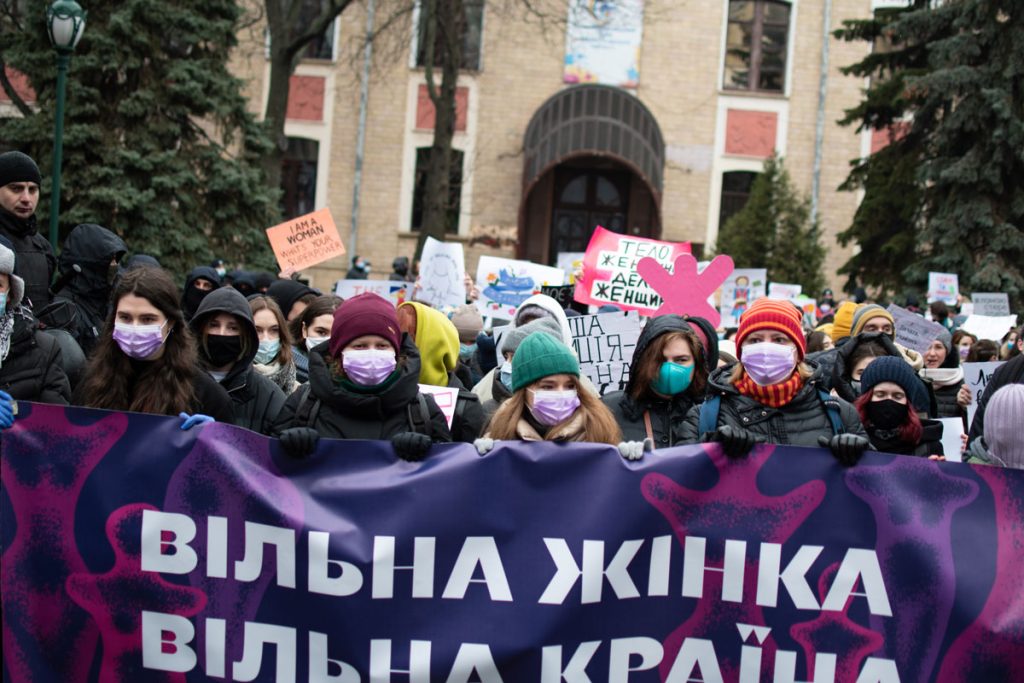 According to the research of Firelight Foundation, these are some of the  main features of the CBOs:

It may sound simple, however, from our experience, we can tell that it is difficult to implement these features when working with donors. They urge organizations to make projects that leave little to no room for engaging the community that is given only one role – to receive services passively. When the donor requires interaction with the target audience, it is framed as the colonial study of the test subjects.

Firelight urges benefactors to take into account the goals set by communities: ‘When donors think they know better, they reproduce the myth of white saviourism that only slows development and transformations’. At first sight, it may seem irrelevant for the Ukrainian context, as the concept of white saviourism describes white Americans or Europeans willing to ‘save’ people of colour living in Third World countries in ways that only strengthen existing inequality. However, this may be understood wider: as relations between donors of the Global North and grantees of the Global South.

An alternative to that condescending and domineering approach is actions that engage communities. ‘Community-driven systems change is an approach to development and social transformation that emphasizes the insight, leadership, and ownership of the people who are living and experiencing issues at the community level, and their work to create lasting change in the systems and root causes that underlie the critical issues they seek to address.’ According to Firelight, that approach leads to lengthy and profound societal changes, and financing those changes is a way to implement justice and solidarity.

These are some examples of what community-driven systems change IS:

Here are some examples of what community-based system change IS NOT:

Basing the work of the NGOs on their target audiences is a fundamental idea for the creation of profound and lengthy changes. In our case that change is the implementation and normalization of feminist activism in Ukrainian life. In Ukraine, feminism gains popularity thanks to the efforts of devoted media, the influence of international politics, researchers and influencers, charitable initiatives and funds. Our organization, for our part, creates an environment where feminist activists can make their first steps and unite for collective action. That is why we work with the community and share our experiences. You can learn more about our work from our theory of a change.

More information about the research and advice on work with the community from Firelight Foundation can be found here.

Yosh is the head of the NGO Feminist Workshop in Ukraine.

This article was originally published on the femwork.org blog.