The Draper Richards Kaplan Foundation opened its European headquarters recently with an office located in The Hague, Netherlands. The opening of the European office was accompanied by an announcement of an $80 million fund to support early-stage entrepreneurs tackling complex social issues. 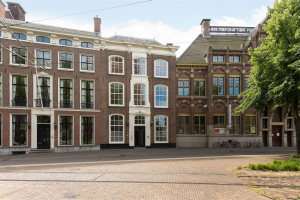 The European headquarters of the Draper Richards Kaplan Foundation in The Hague, Netherlands. Photo courtesy of the DRK Foundation.

‘We are extremely pleased that the DRK Foundation, together with its founding partners, has opened our European headquarters in the Netherlands. With our new partners and our new fund of €80 million, we look forward to supporting social innovations,’ said Lisa Jordan, Managing Director of DRK Foundation Europe.

The American foundation selected The Hague as its European hub owing to the city’s impact-focused business environment and entrepreneurial ecosystem. The Netherlands boasts one of the best business environments for social entrepreneurs, ranking the seventh best place to do business worldwide, according to the Thomson Reuters Foundation. DRK Foundation celebrated the opening of its European headquarters at ImpactFest, ImpactCity The Hague’s annual forum and the biggest of its kind in Europe. 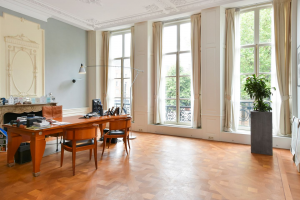 ‘Last year’s annual report to our stakeholders led with four simple words – The Urgency of Now. When we set out to find the right place to anchor DRK’s work in Europe, we were in search of a host city and financial institution that shared our values and would partner with us to accelerate our Foundation’s mission as we work to support as many impact-driven social enterprises as possible to make the world a better place for those most vulnerable. The City of The Hague and Rabobank as founding partners for our Dutch Stichting are exactly what we hoped to find. They are impact focused and driven by powerful values around equity, which is exactly how we define our work and our team at DRK. We are honoured to be a part of this community,’ said Jim Bildner, CEO of Draper Richards Kaplan Foundation.

We are independent, neutral and nonprofit organization. More so, we are joining efforts with other organizations across the world to lend our voices on issues of growing concerns relating to community, humanitarian, quality education, empowerment relief, youth empowerment and to foster knowledge sharing especially among the vulnerable. With our love for humanity through neutrality, impartiality and independence, we are committed to saving lives, alleviating suffering and maintaining human dignity during and in the aftermath of crises delivering not just a rapid response, but the right people at the right time and this has been and remains our clearest It will be highly appreciated if you can provide Grant to help Us cover a wider range of our projects in CHEER FOUNDATION. To restore educational hope to children and youths who largely under privileged and as a result, have little or no hope of access to quality education. To provide training and capacity building through skills acquisition in empowering affected communities of either natural or man-made disasters. To provide relieves and the basic needs in areas where government is unable to reach out to the people Nigerian with a population of about 200 million and over 70 million under privilege We serve children, youth, adults and the aged who are under privileged and are in genuine needs and victims of disasters of any sort within the North-East, North-West and North-Central region of Nigeria. ( https://cheerfound.org/ )