Drivers and barriers for community led philanthropy in Russia

This article is part of a series of articles about Community-Led Philanthropy, co-hosted by GlobalGiving. The conversation explores the ways philanthropy can support community-led change.

In Russia, civic initiative and local leadership began to take various forms and penetrated the culture of local communities. People learned to take responsibility for what is happening in their communities and solve their local problems together, without waiting for external support. And it’s not only about problems but also about opportunities, interests, forms of leisure, about improving the quality of life. For example, people can unite to create a sports ground, buy a tennis table, open a music studio, repair a long-abandoned cultural centre, joint Nordic walking in a park etc. 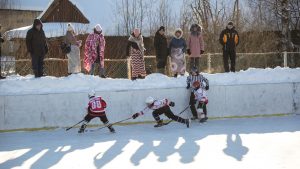 A couple of years ago, community foundations started to adopt the methodology of giving circles (which was successfully modified for online use during the pandemic), and it is now widely used both in big cities and in rural settlements. Giving circles work so well because they bring people and resources together to solve local problems.

Community foundations are looking for new and relevant forms of working with the community, creating public spaces. For example, in Karelia, in the small village of Pryazha, a modern community centre was founded in the building of an old school with the efforts of local residents.

Local business and social business are engaging. Local entrepreneurs began to be actively involved in solving social issues. They, as active people, want not only to provide their resources but also to be involved in a project themselves.

Young people are getting more and more engaged in their communities. In some community foundations and NGOs, it is young people who become initiators and leaders of new projects and initiatives. But for some young people, the formats of work of NGOs and community foundations may seem outdated, and they don’t see them as suitable partners. Young people are not inclined to unite in groups and are more interested in implementing their own individual projects. They are not keen on starting an NGO either and want to remain independent, not adhering to either NGOs or the state. Young people get together to solve a problem, and when it is done – they scatter. Speaking broadly, in the regions of Russia there is a crisis of trust in both the authorities and NGOs.

Elderly people are some of the most involved. Elderly people began to show activity in connection with a number of targeted programs supported by the state and private foundations, which were aimed at developing active longevity. These programs have allowed older people to learn new skills, feel appreciated and come together to meet their challenges. They have ceased to be only recipients of help, but they themselves are ready to help others. For example, during a pandemic in the Perm Territory, in a small settlement, pensioners launched a flashmob “I stay at home – I am not lonely”, where they were engaged in self-education, sports, handicrafts, sewed masks and passed them on to other people. 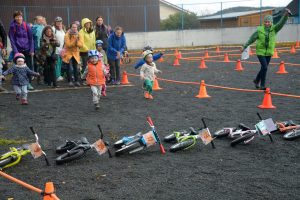 Lack of resources to support community-led organizations. To develop an initiative you need inspiration, atmosphere, ecosystem. Implementing an initiative in a community is painstaking work with a delayed and unobvious result. Building a community around the community foundation or other local organization, engaging supporters requires both a strategic vision and the effective use of tools and methodologies for engaging the community. Not all non-profit organizations and community foundations set themselves such difficult tasks. Only a few are involved in the development of private giving, work with small local entrepreneurs. Now there are many opportunities to obtain funding for specific social projects, particularly from governmental sources. Not many community foundations remain involved in genuinely supporting community development.

Lack of information about local NGOs and lack of trust. People are still mostly unaware of local NGOs, community foundations, and similar initiatives. Local NGOs have limited resources to engage residents and often fail to reach out to them and seek support. Subsequently, it is often easier for local people to support a well-known national charity that is advertised on central TV channels while they may not know about a local organization working in their community.

Lack of support from local administrations.  In recent years, the attitude of the authorities towards local initiatives has changed, the value of civic activity has decreased. Previously, there were more opportunities for dialogue between community foundations and local authorities, there were regular platforms for discussion, the community foundations were actively involved in solving local issues as professional organizations.

Now attention to NGOs from local governments has decreased, there is practically no cooperation and dialogue, often community foundations and the municipality operate independently from each other while solving common problems. Authorities now have their own instruments – governors’ grant competitions, municipal programs to support NGOs, and they don’t need community foundations to implement them.

Community-driven philanthropy continues to need support in Russia. Organizations that develop local communities, initiatives, as well as leaders, entrepreneurs and active people, need inspiration, involvement in a wider information context. The habit of people uniting to solve local problems is still being formed and should be further nurtured and strengthened.

Yulia Khodorova is Head of Research and Analytics at CAF Russia.