Funders and charities should be equal players in a collective effort 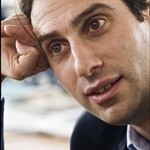 Amidst the excitement of the EFC Belfast conference, here are some personal highlights and lowlights:

I feel this was a landmark conference in the history of European foundations. Why? A longer, more reflective piece will follow tomorrow.

Charles Keidan is director of the Pears Foundation