EFC Belfast: Where the big ship is sailing 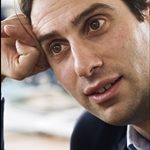 What may in time prove to be a landmark conference in the history of European foundations has just ended. The European Foundation Centre raised its game and came of age, delivering a world-class conference on the themes of philanthropy, peace and social justice.

Dr Astrid Bonfield, CEO of the Diana, Princess of Wales Memorial Fund, urged delegates in her keynote address to ‘look at where the big ship is sailing’. The 2012 EFC gathering in Belfast may prove to be the moment when foundations across Europe and the EFC did just that.

Was this conference really that good?

First, the focus of the conference on peace and social justice was apt at a time of economic austerity and political uncertainty across Europe. Second, Belfast was arguably the most appropriate place in Europe to discuss issues of peace and social justice, both because of its own Troubles and also because of the significant role of EFC member foundations in supporting some of the most marginalized and demonized communities in finding their own solutions.

Third, the emphasis on communities rather than elites was a constant feature of this gathering, from the opening plenary with community activists Jackie Redpath and Geraldine McAteer to the site visits to community centres across Belfast. All of this reflected a dramatic reorientation of the EFC towards the needs and experiences of people affected by conflict and social exclusion.

The Conference Programme Committee played a critical part in this reorientation. The presence of foundations with deep rooted convictions about social justice and long standing experience of working in Northern Ireland, such as Rowntree and the Atlantic Philanthropies, clearly had an important impact as did Dr Avila Kilmurray of the Community Foundation of Northern Ireland and EFC conference chair John Healy.

The synergies between the EFC, the conference organizing committees and the Community Foundation for Northern Ireland created the conditions for an extraordinary and memorable occasion, which was consistently accessible, friendly and engaging. Yet all this was achieved while difficult subject matter was being tackled head on.

My participation started with a pre-conference visit, together with about 30 other delegates, to the site of the Maze Long Kesh prison about 10 miles southwest of Belfast.

Dr Duncan Morrow provided an overview of the Troubles, followed by a briefing from Julie Harrison on plans to create a site of memory and learning on the site. Then two ex-prisoners, Martin Snoddon and Seanna Walsh, from either side of the sectarian divide, walked us through the prison site and shared some of their experiences before a final Q&A and debrief.

What emerged from this visit was a sense of the risks for peace that people from different backgrounds, religions and situations were willing to take. Martin Snoddon spoke about the pressures and threats he faced within his own community as he sought to prepare the ground for reconciliation by meeting with his erstwhile enemies long before political agreements were reached.

Julie Harrison touched on the challenges of bringing our group to the site. The considerable fortitude she is showing as the development of the site enters a critical phase was clear from her presentation.

Risks for peace was an ongoing theme also reflected in the conference packs and the impressive exhibition area which displayed an exhibit on the history of the Community Foundation for Northern Ireland during the Troubles.

I was grateful to the EFC for enabling me to make a small contribution to the issue of risk by convening a session on whether philanthropic investment in education could make a difference to the Israeli-Palestinian conflict. Prof Raffaella Del Sarto from the European University Institute in Florence and Dr Daniel Wehrenfennig from the University of California’s Olive Tree Initiative made important contributions about the need for rigorous, holistic and multi-dimensional education on these issues.

Other interesting barometers of change at the EFC were the increasing number of young people at the conference, reflecting a growth and professionalization of the foundation sector, and a larger British contingent. Despite its relatively strong philanthropic sector, Britain has been traditionally under-represented at the EFC.

But the most striking new presence was a four-person delegation from the world’s biggest charitable foundation, the Bill and Melinda Gates Foundation, led by its CEO, Jeff Raikes. The Gates Foundation’s participation undoubtedly enriched the conference. Jeff Raikes shared insights from their work in a clear but measured way.

At the same time, the Programme Committee succeeded in setting up creative tensions in programming which contributed to some engaging discussions with Gates as the foil. First, Dr Avila Kilmurray’s response to Jeff Raikes at the Ray Murphy Lecture brought the lens of peace building and philanthropy into greater focus. This implicitly pointed up the absence of this work from Gates’s own US$3 billion a year spending portfolio. Raikes’s observation that foundations have to make choices about their areas of focus is a truism of effective philanthropy but, in the poignant setting of Belfast, it did leave the question unanswered about why Gates has not chosen an explicit focus on peace-building and conflict in the equation of their work.

Yet clearly the life-saving work of Gates, and its focus on major interventions such as eradicating polio or malaria, are having a radical and transformative impact on the lives of vulnerable people, including women, affected by conflict.

I was left wondering whether these efforts were actually part of a theory of political change while remaining focused ostensibly on non-political interventions? I therefore wanted to hear more about the political philosophy underlying the foundation, in order to assess its coherence.

While Raikes discussed the efforts of Bill Gates and Warren Buffett to encourage more philanthropy in the US and the obligations of the most wealthy, Gastaldo argued that ‘voluntary distribution will not ensure equality’ and that the state has the main role in creating public goods. These views are not necessarily contradictory but, again, skilful planning by the Programme Committee successfully helped to highlight the creative tensions at the heart of philanthropy.

A new appetite for self-questioning

Finally, the conference reflected a new appetite among foundations for more self-questioning, peer learning and the formation of communities of practice. A session titled ‘Shedding Light on our Own Practice’ promised revelation and delivered it in the form of a frank discussion of the findings of a survey of 26 foundations. The packed audience crammed into the penthouse suite of the Europa Hotel shared their own hopes and frustrations in this area, which will contribute to the final report to be published in the autumn.

Notwithstanding all these positives, this year’s EFC in Belfast was not without challenges. Incessant Belfast rain and the mysterious late relocation of the Ray Murphy Lecture away from Queen’s University were among them. But it would be hard to argue that the conference was anything other than a huge success. It was also a major achievement for its organisers at the EFC – a ‘breakthrough’ conference, according to its CEO Gerry Salole.

Two titans of the EFC community were there to witness this breakthrough and are now leaving the stage: Stephen Pittam of the Joseph Rowntree Charitable Trust and Anthony Tomei of the Nuffield Foundation. Belfast was a fitting finale for their and other foundations’ investments in Northern Ireland. Their efforts have focused philanthropy in the arena between the search for truth and the pursuit of peace through social justice.

And that search was personified by Justice Albie Sachs who, in an emotional closing session, implored us to look for the good in others and ourselves. It was a fitting message to end the conference and to inspire delegates that philanthropy, as the love of humanity, could make a major contribution to transforming conflict and giving a voice to the most vulnerable.

Charles Keidan is director of the Pears Foundation

Comment: How can philanthropic investment in education make a difference to the Israeli-Palestinian conflict? « Pears Foundation

Thanks Charles for summarizing the event. Very concise and you did indeed pick the important parts though not an easy task with such a rich meeting.