EFC Conference 2014: The times, they are a changin’, but what can foundations do about it? 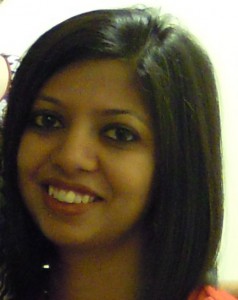 A large part of the conversations at the 25th EFC Annual General Assembly and Conference in Sarajevo have drawn focus to the uneasy realities of the ‘European project’. Framed by the backdrop of Sarajevo – a city that knows much about conflict and peacebuilding, continuous rains and news of the worst floods in the Bosnia in 120 years, discussions at the conference have been hard-hitting, forcing a critical questioning of the role of philanthropy in Europe today.

The three plenary sessions in particular, which focused on Rethinking Europe in terms of Peace, Political Governance and Solidarity, and featured speakers from across the spectrum – politicians to youth activists, have highlighted an enormous disillusionment of the citizens of Europe with the European Union. Both plenaries on Day 1 and Day 2 asserted how the institutions of the European Union are becoming increasingly technocratic, the politicians and policy makers trapped in their own rhetoric, while the citizens are more and more disempowered and marginalized, facing increasing and perhaps even permanent inequalities. A speaker at the second plenary session pointed out that at the present moment the ‘European project’ was seen by its citizens not as part of the solution but as the problem itself. In a concurrent session later that day, amid conversations of European enlargement, one young conference participant from the Western Balkans remarked that she was glad that at this stage her country was not a member state of the European Union. During the plenary on Day 3, a panel of young activists, speaking on problems relating to enormous unemployment facing the youth of Europe, reasserted that they did not believe that Europe could help them.

Discussions at the plenaries have also drawn attention to how this disillusionment of the citizens with the ‘European project’ has allowed for populist, exclusionary, xenophobic agendas to appeal to the consciousness of the citizens. The threat of the rise of the right-wing and Euro-skeptic parties in the European elections next week is looming large.

In the last three days here in Sarajevo, we have been confronted with the reality that the founding social values of the ‘European project’ i.e. respect for human dignity, freedom, equality, solidarity, democracy and justice are now under threat. Certainly this is a grave concern for foundations in Europe advocating progressive social change! As the European Union fails its citizens, can Foundations provide a model to engage with people in ways that technocratic institutions of the European Union haven’t done? Can foundations ask the difficult questions that politicians trapped by their own rhetoric cannot ask? Can foundations model a vision for Europe that is led by citizens, is inclusive and upholds the social values that first attracted people to the idea of the ‘European project’?

Various conference sessions have explored ways in which foundations can play an effective role in a changing Europe: support new ideas of what Europe should be, promote vibrant debate about Europe which includes diverse perspectives from the people of Europe, and most importantly to support civil society and not give up on it…

However, the challenge for philanthropy is big and a deeper interrogation of how we can play an effective role is called for. What are the varieties of tools foundations have got in order to deal with the current challenges in Europe? How can foundations best use their special position of independence? What are the new tools, partnerships, spaces, strategies we need to explore and develop individally and collectively, locally and at a European level, in order to achieve greater impact?

At the Working Group on Philanthropy for Social justice and Peace we are interested in exploring answers to these and other questions about the role of foundations in today’s complex and changing Europe. We are not alone; a scan of the philanthropic sector in Europe reveals an emerging a constituency of practitioners in philanthropy, both individual foundations and groups/networks of foundations that are concerned with the lack of a positive vision and are seeking effective tools to deal with the current problems. We are exploring ways in which we can provide mutual support to these efforts within philanthropy and ensure that the impact of our work in cumulative.

Are you interested in joining in this conversation?  If you are then please let us know by sending an email on the contact information provided below.

Contact for the Working Group on Philanthropy for Social Justice and Peace: chandrikasahai@gmail.com