The European Foundation Centre has published a collection of opinion pieces from philanthropy leaders working across the world on how their organizations are experiencing the global phenomenon of the shrinking space for civil society. ‘The shrinking space for civil society – Philanthropic perspectives from across the globe’, was launched at the EFC’s annual conference in Amsterdam last week.

The shrinking space for civil society and reported violations to fundamental and democratic rights are a global phenomenon. Foundations have reported problematic laws in Algeria, China, Columbia, Egypt, Ethiopia, India, Russia, Syria and Zimbabwe, just to name a few. And EU countries are hardly immune. Of serious concern have been ongoing challenges to civic rights in Hungary, UK surveillance programmes, anti-protest laws in Spain, counterterrorism measures in France, and attacks in Poland on the freedom of public media and the independence of the judiciary. 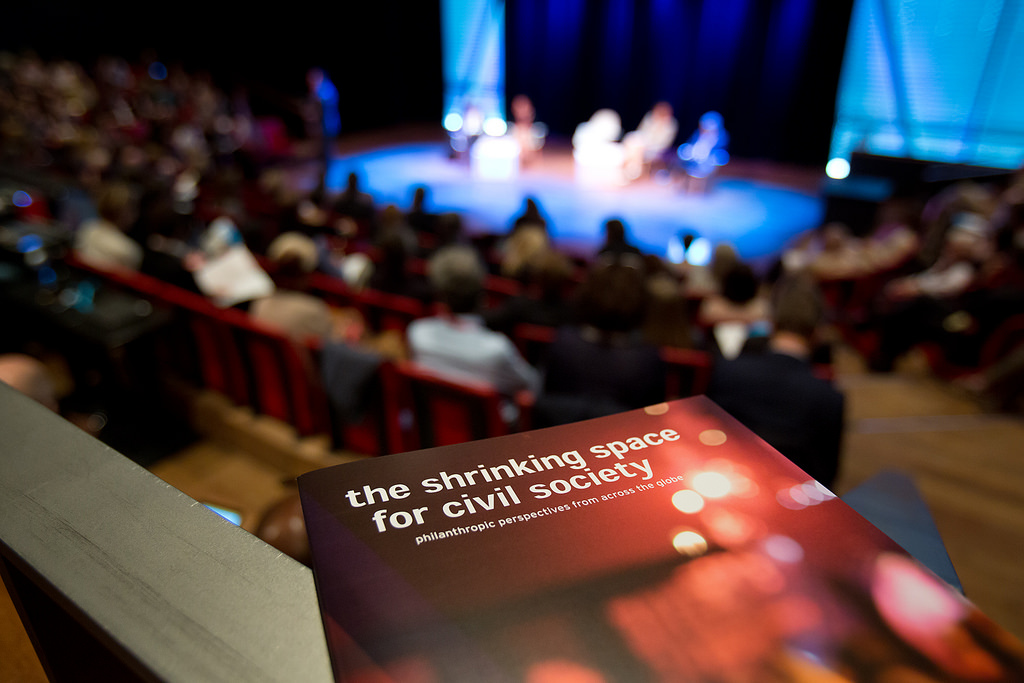 ‘This collection raises the much-needed voice of philanthropy on this critical issue,’ says Gerry Salole, EFC Chief Executive. ‘As a key player in and driver of civil society, philanthropy has a lot to offer in this debate, by sharing its experiences but equally by offering ways forward.’

In this publication, a group of EFC members working across the globe from Europe to Africa to Latin America share their thoughts on and experience of the shrinking space for civil society.

The publication can be downloaded from the EFC website.

This initiative joins several other efforts around the closing space for civil society that the EFC is engaging in with key partners. The EFC and Alliance magazine recently surveyed philanthropic actors on how they are being affected by this issue. The EFC teamed up with Ariadne and IHRFG (International Human Rights Funders Group) last year to hold a workshop in Berlin around this issue. Building on the learnings that came out of the workshop, the three partners are joining forces through the ‘Funder Initiative for Civil Society’ (FICS), which will take this work forward. Another collaborative initiative is the NPO coalition looking at the impact of counter-terrorism legislation based on the Financial Action Task Force (FATF)’s policy on the NPO sector, and working towards amending the FATF policy. This NPO platform on FATF matters has been set up by a global civil society coalition, co-facilitated by the EFC, the European Center for Not-for-Profit Law (ECNL), the Human Security Collective (HSC), and the Charity & Security Network (CSN).