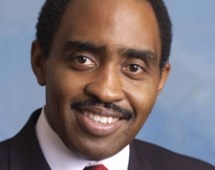 The Charles Stewart Mott Foundation marked community foundations’ centennial in the US with the gift of a new faculty chair at the Indiana University Lilly Family School of Philanthropy, announced on 24 February, believed to be the nation’s first chair focused specifically on studying and teaching about community foundations.

Thanks for your concepts. One thing I've noticed is that banks in addition to financial institutions are aware of the spending routines of consumers and also understand that most people max out there their real credit cards around the trips. They smartly take advantage of this particular fact and then start flooding ones inbox in addition to snail-mail box having hundreds of 0 APR card offers just after the holiday season comes to an end. Knowing that should you be like 98% in the American community, you'll rush at the chance to consolidate consumer credit card debt and transfer balances towards 0 annual percentage rates credit cards.