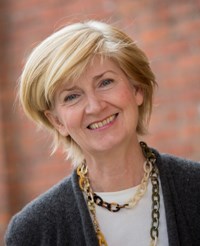 The past twelve months have seen significant expansion of the Social Venture Partners network into several new countries, including Australia, China, India and Ireland, providing these nations with a new tool for tackling pressing social problems. The SVP model of engaged philanthropy highlights the leadership and mentoring services donors can provide above and beyond their charitable giving.  Intellectual and financial capital provided by donors is linked with the program capital provided by social purpose organizations: the combination is a powerful response to tackling social issues.

SVP is adaptive to each country, but core to the model is engaging citizens in strategic, pooled giving, developing their capacity to function as community leaders and encouraging local SVPs to operate as hubs for community impact. Here’s a look at the local adaptation of the SVP model in Australia, China, India and Ireland.

Philanthropy has not traditionally been part of Australian culture amongst those who are wealthy or even comfortably well-off.  “We give generously to disasters, but it’s the less well-off who tend to give proportionately more,” says Catherina Toh, Board Chair, SVP Melbourne.

Social Venture Partners Melbourne wants to change that.  The opportunity to contribute their skills and experience, in addition to money, is an attractive proposition to many Australians with the capacity and willingness to contribute.

To unlock this wealth of financial and human potential SVP Melbourne is focused on connecting people with causes and developing venture philanthropy in the country.

With its burgeoning nonprofit sector, Chinese society in general is expecting more of nonprofits.  Many high-potential nonprofits have vision and action plans in place; they’re ready to expand their impact by scaling up, but are limited by the financial challenges and the lack of professional talent and expertise available.

“Although many Chinese citizen philanthropists have willingness and ability to participate in philanthropy, it’s difficult for them to find engaged ways to support nonprofits,” says Yan Xing, Co-CEO, SVP Beijing and SVP China.

Bringing the SVP model to China is one response to this dilemma. “We believe that by cultivating citizen philanthropists, building capacity for non-profit organizations, and offering a sustainable business model, SVP can bring these opportunities to Chinese communities.”

India is a land of contrasts and contradictions. It’s home to some of the world’s most high tech and cosmopolitan cities with a strong and growing economy. On another level, the population will reach 1.4 billion in 2022 with more than 800 million people surviving on under $4 per day.

“Venture philanthropy and the idea of bringing people together on a common platform to work on issues is something that is resonating across India,” says Arathi Laxman, CEO, SVP India. “In India, SVP is being built as a multicity coalition of influential leaders committed to help solve social issues through personal philanthropy, advocacy, and capacity building.”

SVP in India has a national focus of improving livelihoods – a core issue for the country – that include job creation for the most unskilled workers, training and retraining, and job placement, as well as funding incubators for social enterprises. Additionally, the new Companies Act in India has created a mandate for businesses to have a Corporate Social Responsibility initiative in place. SVP India wants to widen the network and engage with corporate leaders to create the kind of impact that can easily come through the SVP collective.

Genio, a major Irish nonprofit organization, hopes to use the Social Venture Partnership model to bring together government and philanthropy to develop, test, and scale, cost-effective ways of supporting people currently in the areas of disability, mental health and dementia to make self-directed living a feasible option for people in need.

Genio fosters collaboration ‘on the ground’ between nonprofit service providers, statutory agencies, those who use services, community and advocacy groups and professionals as part of the change-making strategy.

“We believe that philanthropic investment can leverage significant impact by acting as a catalyst to demonstrate how resources already invested by government can be re-focused more cost-effectively to bring about improvements to large numbers of people in need,” says Madeleine Clarke, Founding Director of  Genio, who is introducing SVP to Ireland.