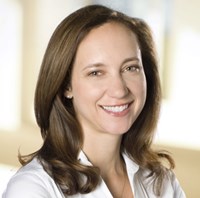 The 2013 European Venture Philanthropy Association (EVPA) conference in Geneva provided a forum for thought-provoking dialogue around the conference’s theme of ‘Responsible Leadership’. One of the topics that emerged across many of the discussions was the importance of partnerships, making the takeaway seem almost paradoxical: effective leadership requires strong partnerships.

Setting the stage for this theme, Etienne Eichenberger noted at the start of the conference that Wise Philanthropy Advisors and the Swiss Philanthropy Foundation had convened a group of eight entrepreneurs to support the conference, rather than seeking out a single sponsor.

André Hoffman and Kristian Parker, both impressive examples of leaders in philanthropy, also noted the importance of partnerships for achieving impact. They spoke about the value of collaborating across sectors as well as the need to invent new models of collaboration, particularly on issues like the environment where policy change is a major lever.

The importance of collaboration is one of the common themes that we hear come up in conversations among philanthropists around the world. It extends beyond individuals working together on specific issue areas and also includes sharing experiences and lessons learned. As Olivia Leland noted during a keynote session, one of the main reasons that people choose to sign the Giving Pledge is to learn from the others in the group. Even the most experienced pledgers are eager to learn about tools others are using, such as impact investing, as they think about how they can have the most significant impact.

Philanthropy itself also has a unique role to play in catalysing partnerships to achieve impact. It can take risks that government and the private sector cannot. Philanthropy can fund innovation directly (eg a malaria vaccine), and it is also a powerful tool to bring together funding partners (eg GAVI) or to pilot approaches that governments can take to scale (eg vaccine distribution).

Partnerships in the broadest sense mean that everyone – not just the world’s major philanthropists – can contribute to making a difference. In describing his experience working with the victims of the Chilean earthquake, Rodrigo Jordán talked about the assets that the poor have to help each other, such as creativity and entrepreneurship. He emphasized the importance of building human links and compared philanthropy to walking with someone side by side.

Jennifer Stout is a senior program officer at the Bill & Melinda Gates Foundation, where she leads projects outside the US for the Giving Pledge http://www.givingpledge.org