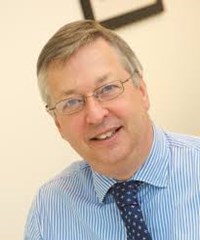 The danger with asserting that you occupy the moral high ground (which some foundations have implied they do and some staff act as if they do) is that you become intensely vulnerable to the shout from above. To the insistent voice that purports to come from even higher up the moral mountain than yours.

Firms and individuals offering consulting advice, single issue advocacy groups, grassroots activists among others have become adept at this approach. It can lever both attention and cash. It can knock the self-confidence of foundations. Handled wrongly or ignored it can damage organizational and personal reputations. And, after all, it is reputation that we put most at risk in our work. Without reputation we have less convening power, less advocacy influence and less public confidence in our purposes. Without reputation we will have fewer philanthropists willing to drive, reinvigorate and reshape visions of human wellbeing. However, without risk how can we entertain the possibility of change?

It was this tricky issue of ‘Ethics and Philanthropy’ that was the title of today’s plenary session at the Stavros Niarchos Foundation (SNF) third international conference on philanthropy (26-27 June). Chris Ashworth of Oxfam GB, Stelios Vasliakis of SNF, Jeff Kahn of Johns Hopkins University, Nancy Kassel also of Johns Hopkins, Susan Seifert of University of Pennsylvania and myself gave a range of short presentations and the debate was opened up.

I was lucky to have been involved in early discussions with Joel Rosenthal, president of the New York based Carnegie Council for Ethics, as they were planning their extraordinarily ambitious Global Ethics project. A project to explore a wicked issue in a globalized world: can we identify a shared worldwide ethic?

The project is led by Michael Ignatieff. Here is Michael’s definition:

‘A global ethic seeks to defend all human beings and our common habitat against the partialities and interests that are grounded in family, community, ethnicity, economic position, and, above all, the nation we belong to.’

An important part is an uncomfortable and very modern challenge, to champion individuals not only against the partialities and interests of the state but against those of family, community and markets.

It was refreshing to hear the pragmatism from both the panel and the audience. Far from seeking to constrain philanthropy by the imposition of a single moral framework, the drive was for greater transparency and examination of the internal ‘ethical attitude’ of each philanthropic organization. To move from asking ‘What are we good at?’ to the much more profound ‘What are we good for?’ A willingness to recognize the critical difference between ‘feeling good ‘ and ‘doing good’. The challenges and risks of philanthropy engaging with both goverment and business and the danger of irrelevancy in not doing so.

We were all given a series of ethical issues to vote on which really engaged the audience and was a great move away from the passive audience tradition of too many conferences. It was clear from all involved that there is no magic bullet solution to the dilemmas facing both foundation strategic decision making and day-to-day grantmaking.

I took away the growing confidence within foundations that we can have an active role in public policymaking but also a clear recognition that there are limits to our legitimacy and authority. The plenary session was just one of many fascinating sessions in this excellent Stavros Niarchos Foundation event.