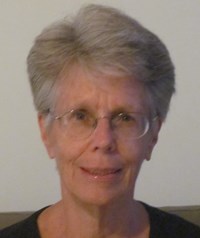 In 2004, 16-year-old Oksana Kvitka came with her father to Kyiv from their home in Donetsk to witness the Orange Revolution of Ukraine. There she saw for the first time Kyiv-Mohyla Academy—the most prestigious university in Ukraine—“and hanging from the main building was a big red sign that read: We are on Strike. I saw that sign and said: I will study there.” Two years later she participated in the Ukrainian Women’s Fund First Step to Success Program and found the encouragement and support to realize her dream.

Launched in 2006 by the Ukrainian Women’s Fund (UWF) and four other NGO’s, First Step to Success has become one the most successful programs of UWF The First Step to Success Program, funded by local and international donors, focuses on creating a new wave of young Ukrainian feminists. By supporting girls and young women to develop their leadership skills and create change in their communities, the Program encourages them to “think not only about themselves, but their development in the context of their country.” (Natalia Karbowska, chairwoman of the UWF Board of Directors).  The First Step to Success Program brings girls and young women in touch with successful women such as office holders, business owners, artisans and NGO directors, so they can develop their skills and put ideas into practice.

Every year UWF sends out a call across Ukraine for girls and young women to participate in an essay writing contest, answering questions on how they see their future and how they intend to contribute to their community. Out of them, 50 candidates are selected to participate in a three-day workshop on leadership. Here they meet with women leaders, receive training for skills such as grant writing, and network as they share their ideas on improving communities.

This hands on training provides them with the tools to submit proposals for mini-grants from UWF.  For most of them, this is the first serious opportunity to show their leadership potential and bring positive changes to their communities. Since the initial launch of the First Step to Success Program, young feminists have created their own organizations and implemented projects directed at supporting gender equality, improving the environment, helping orphans, ending domestic violence and many others.

In the 2013 cycle, projects were funded (in the participants’ own words) to “establish relationships and understanding between community and people with disabilities,” “help young activists to realize themselves in local governance,” “raise consciousness and ecological awareness of the local population,” “raise awareness of human rights issues,” and “develop a training for young women and girls to realize their dreams.”

After the first year of participation, the Ukrainian Women’s Fund became a permanent place of support for program participants through an informational list serve, the program website,  invitations to participate in different events, implementation of mutual projects, and other activities.

In May of 2013, the Ukrainian Women’s Fund took their successful program to Moldova, where they launched a long term First Step to Success campaign.

For Oksana, who was inspired by the 2006 Program to pursue her dream of attending Kyiv-Mohyla Academy that crucial first experience opened up a road for her to become the strong feminist she is today. She received a First Step to Success mini-grant to conduct trainings for girls in her community on developing leadership skills and building a career.  Oksana participated in a number of national and international events to represent young feminist activism in Ukraine and became an active volunteer at UWF. Her political science studies at Kyiv-Mohyla Academy led her to a career in government service, making good on her desire “to see many more women in politics.” Today, Oksana is an Assistant Deputy in the Verkhovna Rada (Parliament) of Ukraine.

The Program raises funds both abroad and, most importantly, within Ukraine. In some years the Program activities were financed only from local sources. We at the Ukrainian Women’s Fund wanted Ukrainians to understand how important it is to invest in the Ukrainian youth feminist movement, and already we have seen results. During the Program’s existence, it has been supported not only by Mama Cash and other international donors, but also by individual donors from Ukraine and abroad, and by businesses and other funds. But our greatest success–one that we hadn’t expected—is that the Program can be financed by its own participants.

What better success story can you hope for than when a program participant becomes a program funder? Such is the Ukrainian Women’s Fund First Step to Success Program.

Founded in 2000, the Ukrainian Women’s Fund is the only funding organization for women’s movement issues in Ukraine. Their mission to assist civil society organizations, specifically women’s CSOs, to play an active role in the processes of democratization of society and to contribute to the equality, justice and respect for human rights by supporting civil society development with financial opportunities.

This article is part of a series posted by Mama Cash sharing the perspectives of the local and regional funds that are its grantee-partners.