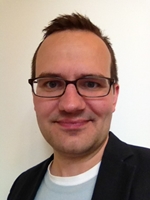 Having a name that is ‘non-something’ has always irritated me. If you cannot describe yourself by what you are but rather what you are not, it sends a signal that you need a bit of help or improved consciousness in yourself.

Well, being at the EFC Annual General Assembly and Conference in Copenhagen looking at the non-profit organizations being engaged in city development, I was struck by the need to change the name of non-profits. And this counts for individual philanthropy, foundations and beneficiaries.

They are so much more.

The foundations gathered at this conference clearly show that modern philanthropy is impact-driving.

If we look back in history to the former golden ages of philanthropy, we saw the great American philanthropists like John D. Rockefeller and Andrew Carnegie being critical of traditional charity, which concentrated on direct support for people living in poverty. Instead of doing what they called ‘retail philanthropy’ they went into ‘wholesale philanthropy’, focusing on establishing libraries, museums, school buildings, concert halls, public swimming pools etc. Philanthropy in their view should be ‘a ladder for progress’ rather than a welfare program for immediate needs. One of the striking things at the 2013 conference is how deeply this ‘ladder of progress’ is embedded in modern philanthropy today. The foundations presenting their ambitions on sustainable cities have certainly climbed up the ladder. They are taking a long-term responsibility for the future of our urban development.

But there is also an important difference from the fathers of modern philanthropy. In 2013 foundations are working in close and long term partnership – with each other, with government, with city councils and with the private sector. Throughout the last century of foundation-driven philanthropy, collaboration has been more the exception than the rule. Critics stated rightly, in my opinion, that there has been a lack of a clear golden thread in most philanthropy and only a limited number of foundations have a history of wide-spread cooperation with other funders. In the past decade this has been changing.

Instead of taking the easy way in a world that gets more and more complex and interdependent by focusing on narrow and well-defined niches, many foundations have chosen the opposite path. They take responsibility – even for ‘big hairy questions’ – that they know they cannot solve on their own, no matter how large the endowment is. By doing this the foundations form a coalition of collective impact with potentials for social and sustainable changes that far exceeds their own resources.

The main point from the opening session on Thursday was that the most effective way for foundations to improve impact is to enable a change of mindset. This can be done in various ways with philanthropic resources and the example from New York City showed how fast a new ‘people oriented’ view on transportation and city living can change a city. A change of mind by Michael Bloomberg and the city of NYC inspired by the bicycle friendly Copenhagen has in only a couple of years led to dramatic changes in New York.

Hearing this and many more stories at the EFC AGA and Conference 2013 makes me suggest a change of name. Let’s drop the ‘non-profit sector’ and rename ourselves ‘for-impact organizations’…