This article was first published by the Chronicle of Philanthropy on 11 June. Read the full article by Alex Daniels.

The fight against inequality will take centre stage at the Ford Foundation under a sweeping overhaul announced today by the nation’s second biggest philanthropy. 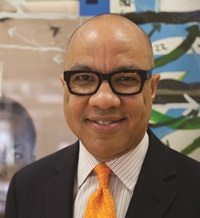 Not only will Ford direct all of its money and influence to curbing financial, racial, gender and other inequities, but it will give lots more money in a way grantees have been clamouring for: it hopes to double the total it gives in the form of unrestricted grants for operating support. The doubling of general operating support to 40 per cent of the foundation’s grantmaking budget, projected to be in excess of $1 billion over five years, will enable Ford to create what its president, Darren Walker, calls a ‘social-justice infrastructure’ reminiscent of the support it provided nonprofits during the civil-rights era.

‘By giving a set of institutions core support or seed capital, we helped initiate and support entire movements,’ he said. ‘We contributed to an entire generation of social-justice leaders around the world.’

Now, he says, Ford hopes that providing support without strings attached will help make organizations more ‘durable’ and allow them more leeway in designing their own programmes. ‘We’re going to move away from bending our grantees to fit into our boxes and do a better job of listening and learning,’ he said.

Technology and the arts

Ford joins a growing number of foundations pouring more money into programmes that fight inequality. But its plans to look at every grant to ask how it reduces inequality is a more stringent approach than other foundations have taken. That said, the foundation is taking a broad interpretation of inequality – looking not just at wealth, race, ethnicity and gender but also access to technology and the arts.

The changes announced today mark the first substantial revisions introduced by Mr Walker, who became president of the foundation in 2013. The new approach is a significant rejection of an approach undertaken in 2006 by Mr Walker’s predecessor, Luis Ubiñas.

Now Ford will place a high priority on alleviating what it sees as the key causes of inequality, including broken political systems, discrimination, dwindling support for schools and other public institutions, and a belief that the free market alone can cure social ills.

Read Darren Walker’s blog ‘What’s next for the Ford Foundation?’