Foundation Center and GuideStar today announced they have joined forces to become a new nonprofit entity named Candid – a global source of knowledge for the entire social sector.

Candid will bring together the expertise of the two organisations in data, technology, research, and training to serve the entire sector and promote more and smarter giving. Candid will also promote data standards and tools to accelerate knowledge sharing and enhance collaboration. 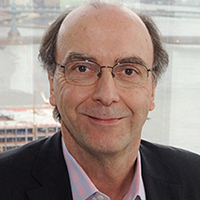 ‘We are combining operations to fulfill a shared vision: connecting people who want to change the world with the resources they need to succeed,’ said Bradford Smith, president of Candid. ‘And our name, Candid, speaks to our deep historical legacy of telling the story of foundations and nonprofits in a fair and objective manner as well as our renewed commitment to provide trusted data and knowledge for the sector.’ 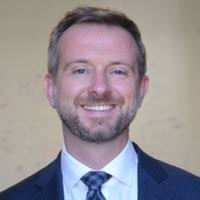 ‘Candid is a new organization but it is rooted in eight decades of experience in and connection to the nonprofit community,’ said Jacob Harold, executive vice president of Candid. ‘With billions of pieces of data and millions of users, Candid will have the scale to weave together the stories of changemakers around the world. Our combined data and networks will allow us to understand the current state of the field in new ways. But, more importantly, Candid will be positioned to help the field imagine better ways of working for a better future.’

Candid will explore a range of new initiatives and services for their 16 million users. To fund the costs of creating Candid and build for the future, nearly $27 million has been raised from the Bill & Melinda Gates, Charles Stewart Mott, and William and Flora Hewlett foundations and other supporters. Early stage funding for feasibility studies and legal services was provided by the Lodestar Foundation and the Fidelity Charitable Trustees’ Initiative.

Candid will be governed by a board composed of the current trustees of Foundation Center and GuideStar.  Leading the board will be co-chairs Clotilde Perez-Bode Dedecker, who has served as the chair of Foundation Center and serves as president & CEO of the Community Foundation for Greater Buffalo, and Mari Kuraishi, who served as chair of GuideStar and is the new president of the Jessie Ball duPont Fund. Prior to joining the Fund, Kuraishi was the co-founder and president of GlobalGiving.

‘It is vital for the nonprofit world to have robust data platforms that are run by nonprofit organizations whose first duty is to a social mission,’ said Mari Kuraishi, co-chair of the Candid board of directors. ‘We aspire for Candid to be an institution that benefits everyone, and the best way to achieve this mission is for Candid to be a nonprofit itself.’

‘The creation of Candid is a case where the whole is truly greater than the sum of its parts,’ said Clotilde Perez-Bode Dedecker, co-chair of the Candid board of directors. ‘I know from my work at the Community Foundation for Greater Buffalo how invaluable the services of Foundation Center and GuideStar are to the field. As Candid, we look forward to making an even greater impact than was ever possible as separate entities.’

‘We have for many years partnered with and funded Foundation Center and GuideStar, and it is both exciting and gratifying to support them in joining forces to form Candid,’ said Parastou Youssefi, senior program officer at Bill & Melinda Gates Foundation. ‘It is vital to increase the quality and depth of data about the nonprofit sector for the simple reason that you can’t have truly effective giving without it. This investment in the field will yield a tremendous return for everyone, not only the people who work in nonprofit organizations, but all the people they serve in this country and around the world.’

‘There are many exciting things about the creation of Candid. Central among them to me is the power of this new organization to give all nonprofits—from grassroots start-ups to large, long-established foundations—access to more and better information,’ said Hilary Pennington, executive vice president for program at the Ford Foundation. ‘‘Knowledge is power’ is a well-worn aphorism, but also a deep truth. The promise of Candid is to help all of us in the nonprofit sector improve our impact as we build toward a more equitable and just world.’

Dear sir, greetings from Nepal ! I am impressed and inspired .how we can be associated with the organization. Thanks, Sharad Babu shrestha