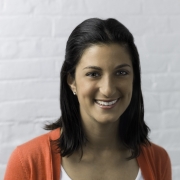 Gradian Health Systems is a social enterprise that manufactures and distributes the Universal Anaesthesia Machine (UAM), a general anesthesia machine that is unique in that it neither requires electricity nor compressed oxygen to function. This makes it particularly suitable for infrastructure-weak health systems (largely in low-income countries) where hospitals suffer from frequent electricity and oxygen shortages.

But it’s not our product that I want to discuss in this post. Our business model, while less often explained, is just as interesting. Gradian operates as a single member limited liability company (SMLLC) that is wholly owned by the Nick Simons Foundation, a private family foundation. Also called a disregarded entity, we are both a program-related investment of the foundation and a commercial subsidiary of it. We have taken to calling this structure Foundation-owned Social Enterprise (or FOSE).

While we have found this model to be truly innovative for those of us who work in the global health or social enterprise space, the decision in 2010 to incorporate Gradian as such was rather banal. When faced with a great product (the UAM) that the foundation leadership felt needed to make its way to markets characterized by lower purchasing power, they had a few options for how to do that.

As a foundation without any full time staff, it was not an option to bring the manufacturing, marketing, and distribution in-house. Instead they looked at other ways that the foundation could 1) remain closely involved in the process and 2) maintain the nonprofit focus of the venture, while bringing on an experienced staff that could develop the strategy for commercializing such a distinct medical device. Ultimately the decision was really between a stand-alone nonprofit 501c3 organization and the FOSE model described above.

The foundation’s leadership, along with their counsel, ultimately opted for the latter. This was largely because the financial statements and reporting for an SMLLC roll up to the parent organization’s 990 forms. For Gradian, this offers two great benefits: it greatly reduces the paperwork we must spend our time on and it effectively extends the foundation’s tax-exempt status to Gradian.

For us at Gradian, this structure has worked terrifically – as a start-up social enterprise we are able to pursue non-profitable objectives with a steady, reliable source of funding (who gets to say that?!). As a new entity, our structure reduces (or eliminates altogether) the need to spend time and resources on fundraising and financial reporting, which allows us to focus on operations. We have also been able to piggyback on the foundation’s existing hard infrastructure (such as office space and technology) and soft infrastructure (such as tacit knowledge and mentors).

For the foundation, owning a social enterprise (or creating a disregarded entity) has allowed them to use market mechanisms to sell the UAM, while using philanthropic resources to address market failures and advocate a cause (we sell the UAM at our cost of manufacturing and underwrite the costs of training and aftersales support). As a tax-free investment vehicle, it also fulfills their requirement to spend five percent of their endowment annually.

While this has been our experience for the past three years, there are a number of reasons that may lead a foundation to invest in social impact through channels other than FOSE. If a potential SMLLC has a high likelihood of profitability, a foundation may feel that its money is better invested in social programs or products without that potential. Similarly, risk-averse foundation leadership may fear the burden of proof demonstrating the social enterprise is truly mission-related and does not expose the foundation to any unrelated business income. Also, for those foundations with a more risk-averse bent, the fact that the FOSE model is not (yet) common may simply lead them (and their counsel) to pursue investments through the more conventional grant or PRI route.

For those open to innovative approaches to social impact, however, I believe FOSE  offers a terrific option. At this point, it seems particularly well-suited to foundations interested in supporting enterprises or initiatives that that are market-based, but are not likely to earn large profits from those markets.

We at Gradian are eager to understand where else this model might be applicable and/or appealing, so we have just launched a program to study the FOSE model and its opportunities and limitations for foundations and other philanthropic organizations. Does your foundation or family office have any experience or interest operating an SMLLC or owning a social enterprise? If so, I’d love to hear about your experience!

Erica Frenkel is the Vice President of Business Strategy at Gradian Health Systems, a New York-based social enterprise working to bring safe anesthesia to hospitals all over the world.