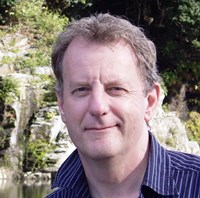 Time is running out for society on global warming. We have to speed up our response and the world’s philanthropists and foundations could make a crucial difference. This is the message of the largest and most international declaration ever made by environmentalists, signed by 160 leaders from 46 countries, and published in the International New York Times on 15 September.

The 160, including me, who have all been honoured with major environmental awards, are calling on foundations and philanthropists to use their hundreds of billions of dollars of endowments to turn the tide on global warming while there is still time.

The group say the world’s philanthropic foundations have the power to create a tipping point in climate action – ‘to trigger a survival reflex in society’ – materially helping those working towards a global climate treaty.

We are on course for 4C to 6C of global warming, with devastating consequences for the whole world, according to the UN Intergovernmental Panel on Climate Change. The environmentalists say bluntly that they are ‘terrified that we will lose our ability to feed ourselves, run out of potable water, increase the scope for war, and cause the very fabric of civilization to crash’.

Global warming on this scale threatens to damage or destroy all the good work done by foundations. Programmes on clean water, health, feeding the world, poverty eradication, and so on ‘will be devalued and even destroyed’. The financial markets where most of foundations’ money is invested will be thrown into chaos, leaving their endowments ‘effectively as stranded assets’.

So foundations have every reason to act now. We want them to:

We have issued our appeal in the week ahead of the UN Climate Summit in New York with the aim of adding a sense of urgency to that event, and also hope and momentum because foundations around the world are indeed beginning to act on climate change.

The Divest-Invest coalition, launched in January this year, now includes foundations with assets worth $2 billion, which have committed to pull their assets out of fossil fuels and to back clean energy instead.

Ellen Dorsey, executive director of the Wallace Global Fund in the US and a leader of the coalition, says: ‘The escalating climate crisis threatens the programmes of every philanthropic organization. Growing numbers of foundations are shifting their money from fossil fuels to clean energy so their investments help solve this crisis instead of contributing to it. We hope that our stand will encourage others to take the urgent action we now need to prevent runaway global warming.’

Uday Khemka, managing trustee of the Nand and Jeet Khemka Foundation in India, says: ‘As an Indian foundation we are intensely aware that global warming of four degrees would bring unimaginable suffering, causing a significant collapse in the systems which provide food, water and safe homes for hundreds of millions in India, and vastly overwhelming all our development work for the most vulnerable in our society. Foundations can make a big impact by investing in a low-carbon future, speaking out about the urgency of taking action, and showing the way to governments, companies and investors.’

In the longer term, one idea I am personally very hopeful about is for foundations to require companies they invest in (whether as equity, debt or grants) to donate 5 per cent of their profits to the climate/development battle.

Solarcentury, the company I founded 15 years ago because of my concerns about fossil-fuel overdependency, has created a charity with 5 per cent of its annual profits, SolarAid. This in turn has founded the biggest retailer of solar lighting in Africa, SunnyMoney, in just four years. 100 per cent of profits from that retail venture will be recycled to SolarAid’s climate/development mission.

Jeremy Leggett is an entrepreneur, author and activist.