360Giving, a platform for open data about grants in the UK, has appointed BBC Children in Need’s Director of Children and Young People, Fozia Irfan OBE, as the new Chair of its Board of Trustees. Irfan will be taking over from philanthropist and 360Giving founder Fran Perrin OBE. 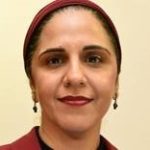 360Giving was founded in 2015 to support the funding sector in the UK to become more open, transparent, and data-informed. Perrin announced earlier this year that she would be stepping down from the Board, but planned to continue to support the organisation.

Irfan’s background before joining BBC Children in Need, included the Bedfordshire and Luton Community Foundation. She has also held a number of voluntary, advisory roles on grantmaking boards; been a Trustee of the Association of Charitable Foundations; and established the national Diversity, Equity and Inclusion (DEI) Coalition of foundations which supports the implementation of more effective and equitable grant making strategies.

‘I have long been an admirer of the work that 360Giving has done to transform the way that funders perceive and use open data. In my role at BBC Children in Need I have already been involved in the process of developing the DEI Data Standard, and really appreciate that 360Giving has supported and helped to nuance this initiative’, said Irfan.

‘As 360Giving’s incoming Chair I’m looking forward to working with the Board to support grantmaking to become more effective, informed and strategic.’