Frankly speaking: C&A Foundation tells it like it is 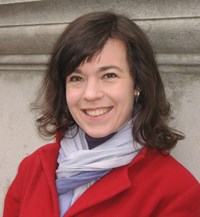 ‘We take seriously our responsibility for our employees, customers and everyone who is part of our supply chain,’says the international fashion retailer C&A on its website. So says almost every other international company. But they don’t all do what C&A’s corporate foundation has just done: not only running a programme to improve pay and conditions for workers in its supplier factories, but also publishing full details of how that programme worked, what it achieved and didn’t achieve, and the lessons. The new report – Frankly Speaking: C&A Foundation’s Sustainable Supplier Programme – is useful reading for anybody involved with international commercial suppliers.

C&A had long been concerned about workers’ conditions in factories from which it sources. In 2011, C&A Foundation began a programme to improve both workers’ conditions and productivity, hoping that gains in one would produce gains in the other. C&A wanted to learn about such programmes from other retailers and brands that had had them for a while, but was frustrated at the lack of available information about how those programmes worked, and what they cost and achieved. It hopes that by sharing its experiences now, it will encourage other industry players to do the same.

In summary, the programme worked. Performance on most indicators improved: for instance, sewing line efficiency improved by 44 per cent and take-home wages rose by 18 per cent. The virtuous circle started to function in some factories. Productivity rose particularly sharply in Bangladesh (29 per cent on average) and Indonesia (38 per cent), and India led on improved timeliness of delivery. Financial modelling suggests that each factory saved around €450,000.

But, as Frankly Speaking recounts, some elements were disappointing and others could have been better managed. At the outset, recruiting factories into the programme was tough: 34 were invited, but only 18 joined, two of which later dropped out. The likely reason was that factories had to pay to join, and though the costs were clear up front, the benefits weren’t: the programme wasn’t linked to C&A’s buying process or making sales. Furthermore, factories had to pay at the beginning – ie they had to take a risk – whereas the programme could have been designed to let them pay only when cost savings were realized.

Managing the programme was complicated by the factories being so geographically disbursed. Some countries needed a ‘programme office’ which could only service one or two factories, which amplified the costs and limited the scope for learning between factories. Big distances reduced the frequency of factory visits, which essentially made the programme less intensive. The programme ended up too expensive to be rolled out in its original form. The engagement of factory owners was essential.

There was an interesting problem around tracking wages, in that many factories don’t keep wage data. Clearly that infrastructure was essential to the success of the programme but it had to be built. Other useful data wasn’t collected as the programme went along, so the financial benefits couldn’t be measured but instead had to be modelled, which introduces assumptions and inaccuracies.

It’s often hard to see why social programmes have produced the results that they have, but the way the SSP was managed makes it impossible. For example, do factories’ results differ because of differences in national economies? We can’t see because there are too few factories in each country to make comparisons. China and Cambodia only had two factories each in the programme, which is far too few to form a robust comparison group. Was it because the consulting firms had quite different approaches? Again, we can’t see because the group supported by each firm is too small to enable reliable comparisons.

Like many programmes, the SSP wasn’t set up as an experiment but has eventually ended up being analysed as such. Eighteen factories is of course excessive for a pilot but insufficient for an experiment.

Some issues persisted: in five factories, overtime did not fall; in three factories, turnover did not fall; and in five factories, absenteeism did not decline. C&A Foundation executive director Leslie Johnston thinks that solving those may be too big for any one brand and may require an industry-wide approach. For example, the electronics industry has a code of conduct agreed in the industry. C&A Foundation welcomes others in the industry interested in collaborating. Just like sharing the details and results of programmes, this is of course effectively ‘competition collaboration’, but necessary because, as Johnston says, ‘competition shouldn’t be at the cost of workers’ well-being’.

Caroline Fiennes is director of Giving Evidence, which partnered with the C&A Foundation to share the findings from its Sustainable Supplier Programme (SSP).