Full circle for SVP worldwide: what binds us together 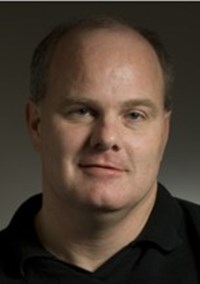 This is the first of two posts in which Paul Shoemaker of SVP Seattle reflects on a recent trip to new SVP groups in Asia, in Tokyo, Seoul and Beijing. The second post will be published tomorrow.

It’s easy for an American, like me, to say things aren’t that much different around the world. They are quite different: cultures are different, languages are different, the way people live is different. And yet, I can’t help but walk away from a two-week trip to Tokyo, Seoul and Beijing feeling there is just as much that we have in common, that binds us together, especially when it comes to wanting to help change the world.

After 12 years of growth across North America, Social Venture Partners’ (SVP) model of engaged, networked philanthropy has been ‘imported’ over the last three years by Tokyo, Seoul, Beijing, Melbourne, Bangalore, Pune, Mumbai, and now London. I say imported because in every case a group of leaders came to us. We didn’t ‘export’ SVP any more than we could have exported it from Seattle to Portland. Engaged philanthropy has to be locally owned and driven.

For the purposes of this blog, references to SVP are more about the idea of engaged philanthropy than about one specific organization. The point isn’t to sell SVP, it’s to chronicle what is emerging around the world and to share those stories to help inspire others.

In June, I was walking down the street in Tokyo with a new SVP partner on our way to dinner on the last night of a 4-day, 15-hours-a-day visit. We’d finished up an all-day grant decision meeting and I asked him how it felt, since it was his first extensive philanthropy experience. He told me it was ‘an ‘opening of me’. He was new to this world of social change and explained it was ‘very special’ because he had never been with a group of people like that and had no idea how complex so many social challenges were. He said he had his mind opened up in a way than he never had before. 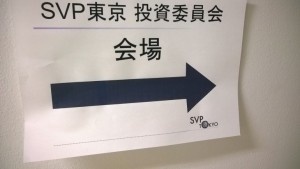 At dinner, someone else spoke about how they can ‘raise their voices’ through SVP and another suggested that SVP is a ‘seed that each partner takes out into the world with her/himself’. I remember feeling the same myself when I started with SVP Seattle in 1998, and now here were young men and women halfway around the world having that experience in 2014 in Tokyo. For me, it was full circle, 16 years later.

I don’t hear the phrase ‘philanthropy’ as often as expressions like ‘building civil society’, ‘helping my fellow humans’, ‘giving back’. As close as I can interpret, the reasons people are responding like this all over the world is similar to why people in Vancouver and Portland, each a few hundred miles from Seattle, did so nearly 15 years ago:-

I love to just ask someone ‘why are you in SVP?’ I asked it dozens of times over the two weeks. Often their voice noticeably rises and their body language changes. In Beijing, one partner said, ‘it is the test of my life.’ I asked what that meant and she said it is ‘about finding out who I am and what I will be in this world’. 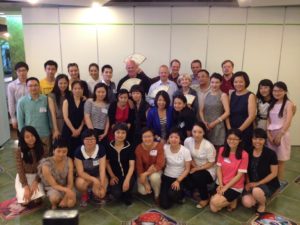 Before I flew out of Seattle in June, I didn’t realize that the attraction to the engaged philanthropy model, the way people across cultures, ethnicities, geographies and philosophies talk about ‘philanthropy’, is quite common around the world. It’s inescapable that where you live makes a lot of things different. But talking to people about what they hope for in their communities, why they want to give of themselves, makes it clear that where you live is irrelevant to other things that we hold in common across our world. They may say it in different words and languages, but our hopes and dreams are much the same.