Funding in MENA: the perspectives of a women’s rights funder 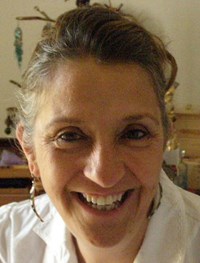 Since the pro-democracy uprisings in the Middle East & North Africa (MENA) region several years ago, many donors have expressed interest in funding in this region. Deciding what, who and how to fund in this dynamic context is challenging. At the Mediterranean Women’s Fund we fund in the 21 countries around the Mediterranean shores, and specifically work in ten countries of the MENA region: Morocco, Algeria, Tunisia, Libya, Egypt, Palestine, Israel, Lebanon, Syria, Turkey. We support women’s rights groups, networks and individuals in contexts where it is difficult to organize.

The decision we made to focus on strengthening women’s movements in the MENA region is supported by global evidence that this has significant impact. For example, analysis of policies on violence against women in 70 countries from 1975 to 2005 (reveals that the most important factor driving policy change is women’s activism.

The study found that the effects of autonomous women’s organizing are more important for influencing progressive policy change than the presence of women legislators, the impact of political parties or national wealth. Countries with the strongest women’s movements tend to have the most more comprehensive policies on violence against women.

Having funded in the MENA region during and after the pro-democracy uprisings, we are already seeing results.

In Egypt, we’ve supported several women’s organizations over the past four years for their work against sexual harassment. One of our grantees launched an internet campaign and conducted a study to show the magnitude of the phenomenon: they found that 97% of Egyptian women have been harassed. Another grantee led by women lawyers have provided legal assistance to victims of sexual harassment. A third grantee led by young women denounced sexual violence by taking to the streets and organizing with young men to establish open safe areas in the cities. All of these groups are part of local networks. Thanks to their work and continuous efforts, sexual harassment is now considered to be an societal issue and the Egyptian government has finally issued the country’s first law that explicitly uses the term “sexual harassment,” in June 2014. While this is a success, women’s organizations say it does not go far enough and they have to continue putting pressure on the government to ensure that it will implement good policies aimed at curbing sexual harassment in their country.

In Tunisia, there were very few autonomous human rights groups before the revolution. In 2012, we brought together fourteen women’s organizations for a two day strategic reflection meeting. Here, they decided on a campaign for an equalitarian constitution. The result of their work -with their allies – is tangible: the new Tunisian constitution is the most advanced regarding women’s status in the region. It stipulates clearly equality between women and men, parity in the election process, and that the state should protect women from violence.

In Morocco, our grantees are monitoring the implementation of the Mudawana (personal status law) with caravans going from village to village to reach women living in poor rural areas, to share with them what their rights are and to gather information about their situation. These women’s rights organizations have gone to the media to report on the very difficult conditions in which people, and especially women, are living in remote areas. This forced the government to pay attention to the “other Morocco”. As a result of their work, thousands of children have been registered and gained legal status, and hundreds of young girls could escape from early marriages that are now forbidden by law.

The power of movements

The women’s organizations described above— and the majority of women’s organizations in the region— operate on very small budgets: they exist thanks to the incredible energy and commitment of women that juggle their families, jobs and volunteer work for women’s rights. Yet their commitment is essential for the implementation and monitoring of progressive social policies. They ensure that the voices of those that are often excluded from conversations about policy are heard. They are also working tirelessly to transform social practices and public opinions about women and their rights.

Achievements like these are possible only when feminist organizations are numerous and able to form a strong movement so they can collectively strategize and organize for their rights. Our support, as funders, should thus seek to strengthen them without restrictions that could hold them back from implementing their vision for a just MENA region where women’s rights are recognized and upheld by society at large.

The Mediterranean Women’s Fund was founded in 2008 and is based in France. Its mission is to provide, or help to find the financial or technical means which are needed to fund actions decided by those groups, associations, organizations or individuals who are working towards equality between women and men in the Mediterranean region.

This article is part of a series posted by Mama Cash sharing the perspectives of the local and regional funds that are its grantee-partners.