Giving in Brazil: a philanthropy boom is not yet benefiting NGOs

This blog is the second in a series of four drawing on the initial findings of a new study of philanthropy initiated by the Working Group on Philanthropy for Social Justice and Peace. These will be published in the run-up to next week’s WINGS Forum in Mexico City, where Philanthropy for Social Justice and Peace will be hosting a breakfast session on the study. For more information about the study see yesterday’s blog, which focuses on giving in Russia.

Individual giving in Brazil
Writing in Alliance in 2013, Fernando Rossetti of GIFE claimed to see a ‘philanthropy boom [in Brazil] thanks to new wealth’. As elsewhere, the bulk of this giving is from individuals. According to IDIS’s Pesquisa Doaҫão Brasil 2015, of the money donated in Brazil in 2014, US$4.2 billion came from individuals, against US$1.3 billion from institutions.

And there are large expectations of the role that giving – especially individual giving – can play in helping the country’s development. Ana Valeria Araujo of the Brazil Human Rights Fund notes that this is particularly so for complex social issues such as poverty, violence and human rights. Brazil is a rich country and the world’s ninth largest economy. At least half of the population is politically engaged with some cause, around the same proportion give money, and there is a willingness to see change. The potential is clearly there. So far, so good, but before we put on our rose-tinted glasses, there are a few things to bear in mind.

First, donations by individuals and companies combined amounted to less than 0.3 per cent of GDP in 2014. While the country is rising gradually through the ranks of the CAF World Giving Index, it still stands only a modest 68th out of 140 countries – not so much a ‘boom’, more a kind of ‘pop’.

Where is the money going?
Second, where does this money go? Brazilian small donors are more likely to give to causes like hospitals and children with cancer because those causes are easier to grasp than more complex human rights and social justice issues.

The most popular causes (again, according to IDIS) are health (40 per cent of the total), children (36 per cent), and combating hunger and poverty (29 per cent). For most other causes, the percentages are in single figures. Strikingly, no rights-based issues appear on IDIS’s list while the environment attracted as little as 3 per cent of individual donations.

Third, there is fairly widespread reluctance among Brazilian donors to give to NGOs, especially rights-based NGOs or those working for social change.

Why don’t Brazilians support NGOs?
There seem to be two principal reasons for this. The first is one we have met before: public trust. Corruption is a major issue in Brazil and because non-profits have been used to launder money in the past, the whole sector is tarred with the same brush. 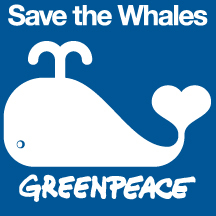 The second reason is related: people can’t distinguish between organizations because they don’t really understand what they do (except for high-profile organizations like Greenpeace – ‘Greenpeace saves whales’). Partly, this is because NGOs have not been very good at telling their own story. Consequently, there’s no general perception of the role that civil society has played and still plays.

‘Most of the people now who have rights don’t know that those rights are the result of a process that involved NGOs or civil society struggling for them,’ says Araujo. ‘We’ve learned from our history that Congress, presidents, make the laws, the good laws and the bad laws, and that whatever happens in the country depends on government action.’ A glance at the statistics bears this out. IDIS’s research finds that a third of Brazilians don’t give money because they already pay taxes – in other words, social change is the government’s job.

So what’s to be done? How to get people to start supporting organizations and causes beyond the ones that are most obviously appealing?  Encouragingly, some organizations have been able to raise funds from small donors in the shape of small, regular contributions. So far, it is mainly international organizations that have done this successfully – Greenpeace, Medecins Sans Frontieres, ActionAid, Amnesty International – those who already have experience in doing it and the resources to invest in it in the first place. However, their example does show that it’s possible.

Over the last two years, Brazil Human Rights Fund has been investing money in campaigns and communications but, says Araujo, it will take them a long time to get to where the more established foreign NGOs are. If the potential of individual donors is to be tapped for the benefit of local civil society organizations, which often have few other sources of support, more Brazilian funders will have to wrestle with this challenge.