Giving in Russia: it’s not only about the big money

What role is philanthropy playing in society? And what role could it play in the future? These are the two questions in the spotlight for a new study of philanthropy initiated by the Working Group on Philanthropy for Social Justice and Peace. The study is focusing particularly on countries where philanthropy is culturally rooted but not well documented and often less institutionalized, mainly in emerging market countries, starting with studies of India, Brazil, Russia and the Arab region.

The study will involve talking to a wide range of people in each country, drawing from different areas of philanthropic activity and gradually building up our picture.

We have been working on this for the last few months. What have we learned so far? This will be the topic of a breakfast session at next week’s WINGS Forum in Mexico City entitled ‘The role of philanthropy in society: What’s there and what’s next?’

It will also be the topic of four blogs, to be published in the run-up to the Forum. These blogs will look at what we have been finding out about individual giving by ordinary people in our four current study areas – including traditional family, religious and community giving, giving to NGOs, giving in response to fundraising appeals, and giving via online platforms and crowdfunding websites. What might this mean for the future? With the flow of foreign funding drying up, one question we’re particularly interested in is the potential for this sort of giving to fund organizations that are tackling complex social issues such as poverty, violence and human rights.

Today’s blog will look at individual giving in Russia, while tomorrow’s piece, by Andrew Milner, will focus on giving in Brazil. India and the Arab region will be the subjects of next week’s blogs.

Individual giving in Russia
Both Maria Chertok of CAF Russia and Oksana Oracheva of the Vladimir Potanin Foundation see the rise of middle-class giving as the most significant trend in Russian philanthropy over the last ten years. ‘Philanthropy is becoming more popular and attitudes to it more positive,’ says Oracheva. ‘People have more empathy with it; they are becoming more involved through corporate volunteerism and the giving of small donations. They don’t think of philanthropic support as only about big money.’ 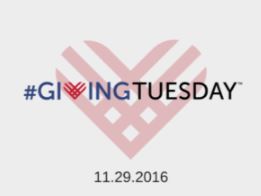 According to CAF Russia research, half the population is now giving to institutions; half of this is to NGOs, half to the church. This mostly goes to traditional causes but support for the environment, disability and other unpopular causes is growing. But most people don’t talk about their giving. Giving Tuesday, held for the first time in 2016, is about admitting you give to charity – and it was a huge success, with 900 partners and more than 1,500 events and campaigns in 124 cities and towns. Online donations made via donations platforms grew 2.5 times on the day.

According to philanthropy consultant Viacheslav Bakhmin, all kinds of fundraising technologies (including crowdfunding) are advancing very quickly. Many charities now have a ‘donate’ button on their websites. There is also a growing choice of online donations platforms run by non-profits and commercial companies that help to facilitate giving to a wide variety of charities from across Russia. Despite some scandals with people trying to collect money on the streets for fake charities, media and government are mostly positive towards philanthropy (as long as it supports government policy and objectives).

All this is happening despite the fact that there is almost no tradition of giving in Russia to build on. There was no giving during Soviet times, says Chertok, and ‘pre-revolutionary giving is more a matter of history than a live legacy’.

Who are people giving to?
As we have seen, around 25 per cent of Russians now give money to NGOs. This goes mainly to what Bakhmin calls ‘charitable organizations’, which give assistance to vulnerable people, including children and old people. Human rights organizations and advocacy organizations, branded as ‘foreign agents’ under the new Foreign Agents Law, are seen by many as hostile to the country.

But advocacy may be gaining public support through the back door. One group that has emerged in the last five years is the ‘fundraising foundations’. These public charities started as groups of volunteers working with children or old people to support things like hospitals, hospices and old people’s homes. With time they became institutionalized and their work on service provision has led to advocacy for improved standards of care. ‘Russia doesn’t have a campaigning/advocacy culture but it is growing organically out of the work of organizations that started as pure charities,’ says Chertok. ‘They have wide public support and raise millions of roubles a year from the public. As a result government listens to them.’ ‘There are many strong fundraising foundations in Russia that have moved from simply providing services to trying to change the field,’ Oracheva agrees.

What about philanthropy for complex social issues such as poverty, violence and human rights?
The situation for Russian human rights organizations in particular is dire, with their ‘foreign agent’ branding making it extremely difficult for them to receive money from abroad or from domestic sources like foundations and corporations. What are the prospects of their raising money from the public – which would give them legitimacy like nothing else could?

A few human rights organizations have already had some fundraising success. Among them are OVD-info, which monitors public assemblies (behaviour of police, arrests of civic activists, etc), and Mother’s Right Foundation, which protects the rights of families whose sons died while in the army.

But it’s very limited. The Public Verdict Foundation, which supports victims of police violence, has tried fundraising but with little success to date. ‘People do not understand our work very well and cannot see immediate results; this is not about helping a sick child,’ explains Natalia Taubina. ‘People think that if someone has been beaten by the police he or she did something wrong.’ But she remains confident that they will get public support once they have managed to communicate to people that illegal police violence can happen to anyone at any time and that this situation needs to be changed.

Does the public willingness to support the fundraising foundations hold out future promise for human rights and advocacy organizations? The fact that people have been willing to support the advocacy activities of the fundraising foundations must be a good sign, and palliative care is an unpopular cause where fundraising has been very successful, Oksana Oracheva points out. Environmental organizations have also been successful, she says, but – the sting in the tail – ‘as long as they’re not focused on environmental rights’.

Caroline Hartnell is a consultant for Philanthropy for Social Justice and Peace and for Alliance magazine. Email caroline@alliancemagazine.org