The NoVo Foundation, an organization founded by philanthropists Peter and Jennifer Buffett, has launched a new $20 million fund to support social justice globally.

The Radical Hope Fund will commit the funds over four years and focus on four main goals: to join communities together, particularly in ways that promotes feminist leadership; to connect global movements with similar purposes and visions; to tap into the power of mass media and popular culture to share stories and ideas; and to experiment with new strategies to promote a better world and emphasize ‘local, community-driven solutions.’

‘The Radical Hope Fund is grounded in deep optimism that a time of great challenge can also spur a moment of unprecedented collaboration and imagination, deepening our collective ability to build a more just and balanced world,’ said NoVo co-presidents Jennifer and Peter Buffett.

The foundation is now accepting letters of inquiry in relation to the new fund, in order to ‘gain a broader awareness’ of global efforts currently underway. Letters will be accepted up until 4 October 2017. 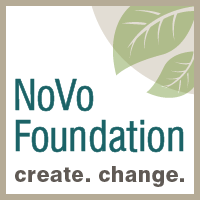 The NoVo Foundation was created from a gift from investor and philanthropist, Warren Buffet to his son, Peter Buffett. Peter Buffett stirred debate in the philanthropy world in a July 2013 op-ed in The New York Times, titled ‘The Charitable-Industrial Complex.’

In the op-ed, Buffett voiced his frustrations at existing inequality and the shortcomings of current practices in philanthropy, writing, ‘As more lives and communities are destroyed by the system that creates vast amounts of wealth for the few, the more heroic it sounds to ‘give back.’’

Buffett also stressed the importance of spending funds in ways that create ‘greater prosperity for all,’ ultimately the goal of NoVo’s new fund.