Covid-19 has raised new barriers to building inclusive and prosperous economies and societies. The Global Gender Gap Report 2021 estimates that it may take 136 years to achieve gender parity, with overall income disparities still some way off from being bridged. Projections for a select number of countries in South Asia show that gender gaps in labour force participation are wider since the outbreak of the pandemic. Globally, the economic gender gap may be between one per cent and four per cent wider than reported.

Lack of gender parity permeates everything – including access to energy. When a household gains electricity, usually, the men of the household benefit more. More fans and bulbs are found in spaces where the men have more access, while traditionally women’s spaces like kitchens are poorly lit, indicating that electricity access is gendered. However, in houses run on women’s income, more appliances are found in common spaces like kitchen or study areas for children, compared to a house run on a man’s income.

Access to reliable electricity provides a gateway to economic development – people are more productive, more efficient, and more equipped to upskill themselves. In fact, households with cable television were found to be more progressive in terms of a woman’s agency, girl-child education, and acceptance of girl child in a patriarchal society. So, in a nutshell, the future must keep gender equity as a cornerstone to benefit the women who are away from the front lines yet making conscious choices for their families and communities.

Shifting from consumers to producers

Studies show that increasing women’s economic participation speeds up development, helps overcome poverty, and improves children’s nutrition, health, and education outcomes. Advancing gender parity is also a key contributor to strengthening national, regional, and global economies. Asia Pacific countries could add US$4.5 trillion to their collective GDP annually, according to McKinsey. Therefore, it is critical that we make efforts to shift and improve women’s identity from beneficiaries to changemakers. 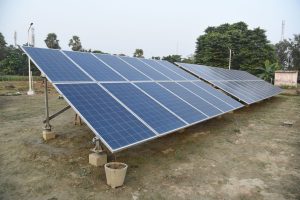 To fast-track change, we must create opportunities for women to take on energy-related jobs, engage them in energy supply chains and ensure they have access to reliable and clean energy to run thriving enterprises. Consistent power has proven to be a game-changer in addressing barriers to economic progress for women. The report of Smart Power India showed that the micro-enterprises connected to mini-grids have experienced a 13 per cent average increase in their monthly revenues. For instance, Sashi, a young mother of four, living in an Indian village, wanted extra earnings, beyond the income generated from their farm. Fitting solar panels on the roof of her house has made Sashi an energy entrepreneur. Producing more energy than her household or farm consumes, she now sells this excess energy to others in the community and has gained greater financial independence.

Training of Bijulee Didis in Odisha, India. Photo courtesy of the author. 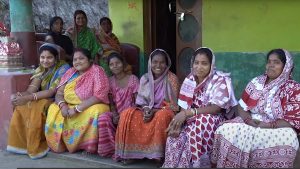 Group of Bijulee Didis in Odisha, India. Photo courtesy of the author.

By empowering new productive use applications in value chains, DRE can drive new job creation for women and significantly improve livelihoods. SMEs have consistently proven to be a key pathway for supporting economic opportunity, equity, and inclusion for women.

In this Decade of Action, we will need to work at the intersection of the goals and adopt multi-sectoral, multi-stakeholder and ecosystem development approaches with gender at the heart of it. We need to bring forces together, by creating alliances of partners to de-risk and increase the flow of projects and transactions, fund hard-to-access project development costs and support early-stage venture building to strengthen the ecosystem of local entrepreneurs needed to scale the sector. Leaders, innovators, and investors have an unprecedented opportunity to build more resilient and gender-equitable economies.

Deepali Khanna is Managing Director of the Asia Regional Office at the Rockefeller Foundation.